In a statement by the National Assembly clerk Michael Sialai, more than 100 Members of Parliament allied to Deputy President William Ruto will not be remitting their monthly subscription fees to Jubilee Party. 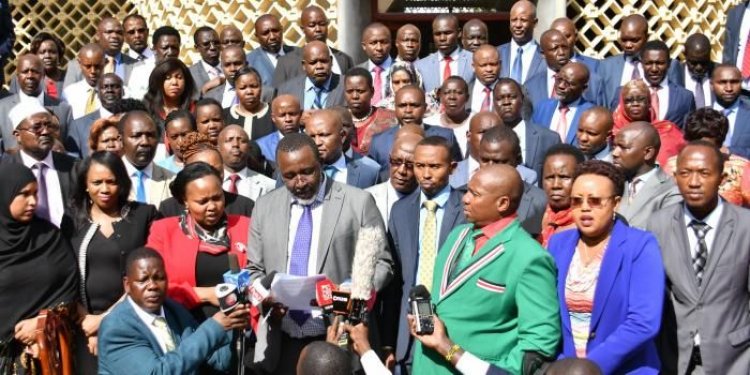 While speaking to the star, the National Assembly clerk said more than 100 MPs wrote to his office demanding that their monies be directed to other accounts.

The clerk revealed that most MPs want the Sh. 10000 be paid to a welfare group named Kazi Ni Kazi which is affiliated with the United Democratic Alliance (UDA) Party.

Sialai said the lawmakers are now contemplating a mass resignation.

Earlier on the week, MP Oscar Sudi wrote a letter to the National Assembly clerk directing him to reduce his monthly subscription fees to the Jubilee party from Sh.10000 to Sh. 50.

“I hereby Instruct that a monthly deduction of Ksh9,950 from my salary account be done In favor of Kazi ni Kazi Welfare Group, Effect 1st March 2021,” the letter read.

Kega said it’s hypocritical for the legislators to remit their funds to another party and still claim to belong to Jubilee.

The Kieni legislator also said soon the party’s leadership is going to crack the whip on the rebel MPs but nothing to do with Ruto.