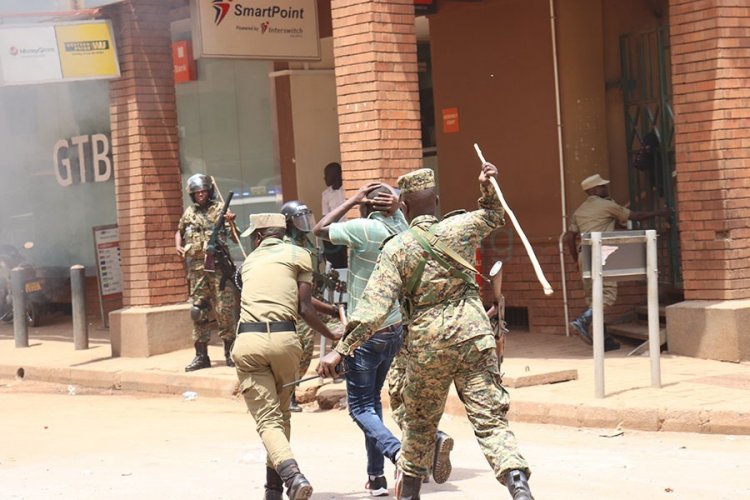 In a statement by the Deputy spokesperson Deo Akiiki, the seven soldiers belonging to the Uganda people’s defense forces were found guilty of assaulting members of the fourth estate by the court-martial, and therefore they are sentenced.

The seven soldiers were arraigned before the military court on Thursday 18th where they answered the assault charges and handed sentences for the committed crimes.

The police unit disciplinary committee sentenced the seven soldiers for a period between 2-3 Months in the military barracks and prisons.

The assaulted journalists were heading to the UN Offices of the High Commissioner of Human Rights where the opposition leader Robert Kyagulunyi was delivering a petition about the alleged abduction of his supporters.

However, General David Muhoozi apologized to the affected members of the fourth estate while vowing to take the necessary steps against the perpetrators.

"The excesses exhibited were not justified, UPDF recognizes and the importance of a smooth partnership with the media, therefore, appropriate action will be taken against the culprits and you will be informed accordingly," said Muhoozi.