Nine Kisumu County Askaris caught on camera dragging a female hawker on the tarmac have pleaded not guilty for causing grievous badly harm to her. 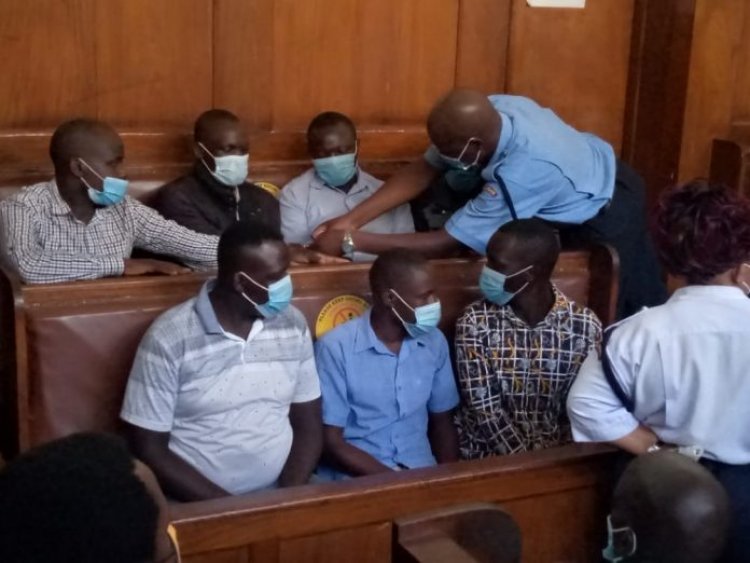 The askaris were arraigned before Kisumu Law Courts Chief Magistrate Martha Agutu on Friday, March 26th after spending a night at the police custody.

The nine were recorded on a video dragging a hawker named Beatrice Atieno from a speeding white pickup within the township of Kisumu.

According to the lawyers, their client had received threats after the incident was highlighted.

On the other side, the defense advocate Gerald Kadede urged the court to be a bit lenient on the county askaris saying the suspects were the sole breadwinners t their families.

“I, therefore, pray that you release them on reasonable bond terms and ask that we be supplied with the copies of the charge sheet and witnesses’ statement,” said Kadede.

However, the county boss was in Nairobi on official duty.

"While away in Nairobi on official Council of Governors’ meetings, I have been saddened and shocked by a regrettable incident in Kisumu, following the arrest and mishandling of a lady trader by the city's enforcement officers on Wednesday, March 24, morning," Nyong'o said.