Activist Mutemi Kiama has been released on a Ksh500,000 cash bail after court declined request by investigating officers to have him detained for 14 days. 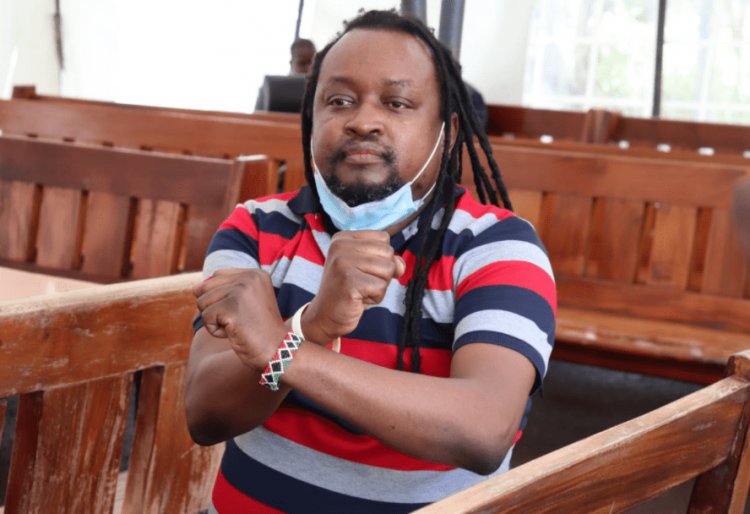 Mutemi Kiama was released on Ksh500,000 cash bail and was further banned from using his social media accounts. He will also be required to report to the investigating officer on a daily basis until April 18. Mutemi was on Wednesday held at Central Police Station as the Milimani magistrate court deliberated on whether to free or hold him for a longer period.

Police had sought 14 more days in order to conclude investigations involving a poster of President Uhuru Kenyatta circulating on social media. In an affidavit, investigating officer Patrick Kibowen said the suspect could have falsified a publication contrary to section 22(1) as read with section 22(2) (b) thereof.

According to the police officers, the alleged offenses occurred between April 5 and April 6 2021, via publication on social media. Mutemi was also suspected of contravening several provisions of the Computer Misuse and Cybercrimes Act.

The activist was arrested on Tuesday night after sharing a notice with President Uhuru Kenyatta`s face and ID number warning the world against entering into loan agreements with him on behalf of the country. The loan that caused this uproar was the approval of Ksh255 billion IMF loan to Kenya on Friday.

A family feud over the retail chain Naivas has erupted after one of the founder's...