American rapper Kirshnik Khari Ball, professionally known as Takeoff, was shot and killed today. According to information circulating, Takeoff was killed over a dice game in Houston. 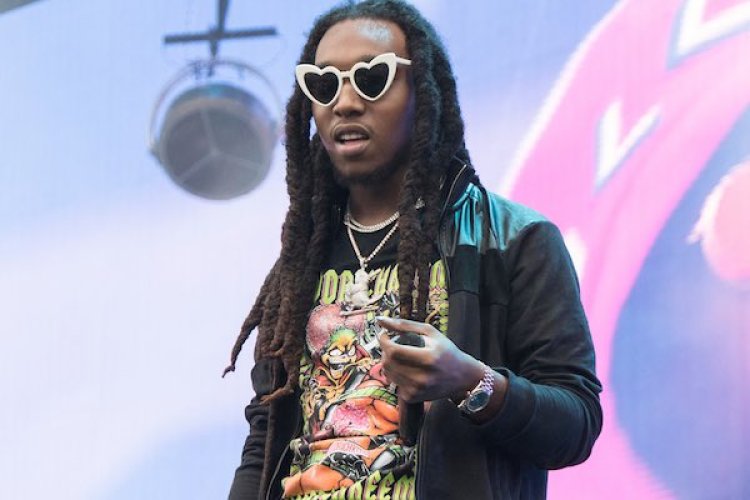 Multiple promoters and online users also reported that they witnessed the American rapper being shot severally and killed at an event.

It is not yet clear where the rumors are true as images that have been seen circulating online have shown a man who seems to look like the American rapper was shot dead.

These are pictures taken moments before Takeoff was shot & killed.. the outfits match up. pic.twitter.com/m2QrHEgemN

According to reports, several authorities arrived at the scene of the incident in Houston where they met two individuals who had multiple gunshots on them. The two victims were transported to the hospital in the area and one of them alleged to be the American rapper was pronounced dead.

According to information shared by the Houston police department on their Twitter account, it has been reported that two victims were shot dead on the reported street where Takeoff was allegedly hanging out but they are yet to identify the real identity of the victims upon the approval of their families.

Downtown officers are on a shooting at 1200 Polk. One victim was found deceased upon arrival. #hounews CC9

UPDATE: 2 other victims taken in private vehicles to hospitals.

Media partners: We are not releasing an identity of the deceased victim until his family is notified & ID verified by Harris County Institute of Forensic Sciences.

Any updates on the incident will be posted here. https://t.co/bbaad2z9My

Here are some of the information shared by the people online regarding what transpired.

no fucking way boy they sayin it all leads back to quavo !!! Takeoff ???? ???? Migos best rapper only Legends can relate pic.twitter.com/lMwUXr4tN9

It is completely true and happened right in front of me. This is the last picture I got of takeoff. pic.twitter.com/hknLqApzR5

Rest in peace to takeoff I just spoke to him too … I’m in shock right now, I can’t believe it. I pray to god it’s fake. This shit just isn’t fair bro wtf

America is so fake Takeoff is lying dead and man are just walking by or recording https://t.co/5M7yWoUIvl

Takeoff's news comes a few hours after he and Quavo dropped their collaborative Halloween hit "Messy" on October 31. The horror-themed song unleashed was directed by Quavo and Daps.

Takeoff is a member of the hip hop trio Migos along with his uncle Quavo and first cousin once removed Offset. The three began rapping in 2008 and have since released several albums.

How to Prepare Chickpea Tomato Salad