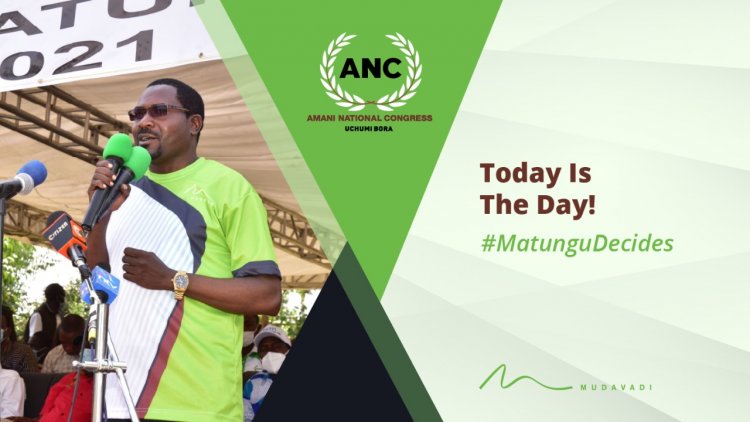 Peter Nabulindo won the Parliamentary seat after garnering 14,260 votes in the by-election which was hotly contested.

Nabulindo’s main challenger was Orange Democratic Movement (ODM) candidate David Were who managed to get 10,565 votes in the second position.

United Democratic Alliance (UDA) candidate Alex Lanya who was linked to Deputy President managed to get 5,513 votes to become the third in the By-election.

Matungu By-election was seen as the contest between the ANC leader Musalia Mudavadi, Deputy President William Ruto, and ODM leader Raila Odinga. All three have shown interest to succeed President Uhuru Kenyatta and therefore the by-election gave the leaders ground to flex their political muscles ahead of the 2022 general elections.

"I Have To Run Naked In The Streets If UDA Wins Kiambu...

Gov’t Issues 14-Days Ultimatum to UNHCR on the Closure...

Men: 4 Sure Signs That Shows A Woman Is Only Pretending...