Few weeks towards her disappearance and murder, close sources revealed how Ms. Wanbua lived a life of fear knowing that her life was in danger. 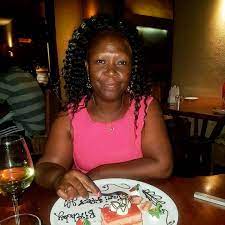 Conducted by the government's chief pathologist Johansen Odour, the autopsy revealed that the late died of strangulation by use of hands.

Further, pathologist Odour noted that Jeniffer's corpse bore some bruises on her face, an indication that she struggled with her killer(s).

The NLC official's corpse was reportedly collected along the Ngong area on March 13, a day after she went missing, according to police sources.

Following numerous visits to various hospitals, her family found her lifeless body at the City mortuary. Her murder has sent a wave of shock to the public, given that she was a key witness in a scandal surrounding Sh122 million, and which involved state officials.

She went missing with only a few days left for her to appear before the Milimani court and give her testimony on what she knew.

Her family has largely attributed the murder to the scandal, blaming the government for not protecting key witnesses, exposing them to dangers like what befell Ms. Wambua.

The Director for Public Prosecutions (DPP) Noordin Haji has since ordered investigations in efforts to trace the officer's killers.

President Uhuru Presides Over the Burning of Illegal Guns...

Ruto calls for national dialogue to deal with National...