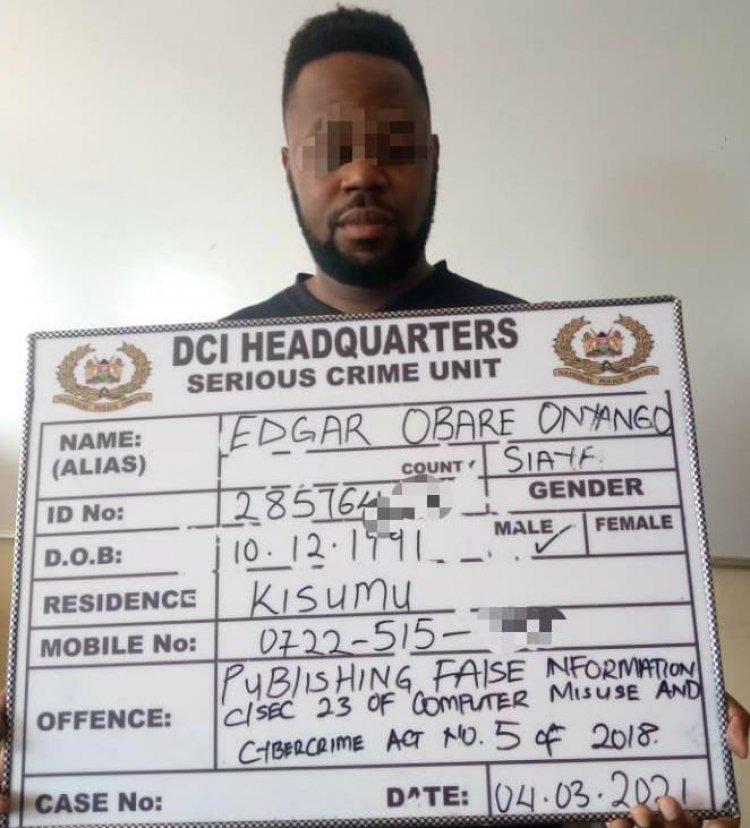 According to investigations Mr. Obare had done an expose story about a woman who claimed that she was 6 months expectant for Governor Alfred Mutua and due to that she wanted Ksh 250000 in return to carter for child`s support.

The outspoken Blogger was apprehended by the police after the Machakos boss reported to the DCI officers.

However, a new twist seemed to have emerged concerning the expose story after the lady later said that she wasn’t expecting but she was coached by Edgar Obare.

According to Twitter that was posted by the DCI Kenya, the lady said that she has never met the governor, adding that she was only recruited by Edgar to extort money from governor Mutua.

The two are now in Muthaiga police station pending investigations after which they will be charged for publishing false pieces of information on social media. 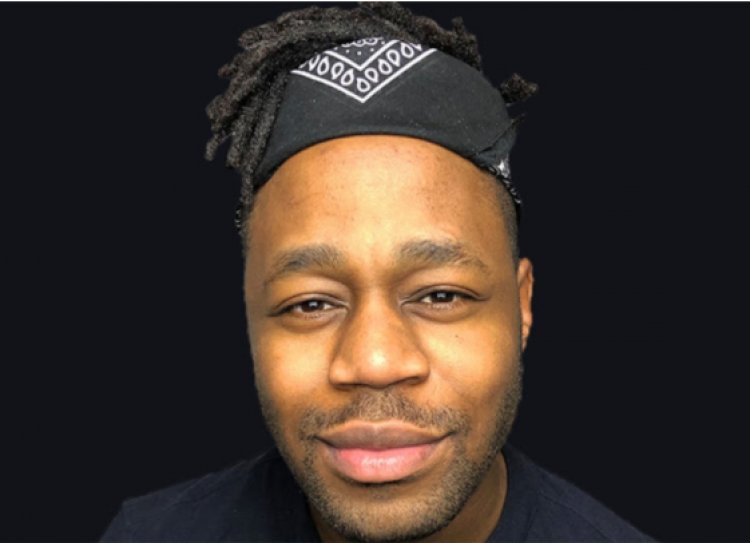 Mr. Obare`s arrest has however ignited mixed reactions on Social media amongst the netizens who have urged the DCI to hunt for the corrupt politicians who steal millions of money and go unpunished.

COVID-19: Patrick Amoth Becomes First To Get Vaccine In Kenya