The Okoa Abiria programme, launched by the National Youth Service (NYS) in 2018, had been charging a friendly flat rate of Ksh20 to and from the Nairobi CBD. 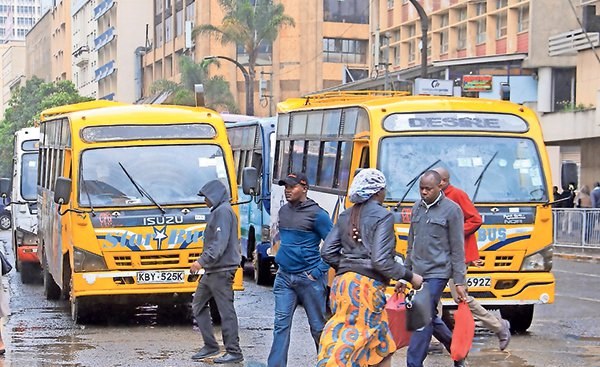 Nairobi Commuters will have to find cheap alternative ways of transport after the government suspended a budget commuter bus service option.

The Okoa Abiria programme, launched by the National Youth Service (NYS) in 2018, had been charging a friendly flat rate of Ksh20 to and from the Nairobi CBD.

The NYS service began with 27 buses but have since been slashed to nine. PS Kimonye revealed that a majority of them had broken down and it was too costly to repair them.

The programme targeted densely populated areas in the city, which included Kibera, Githurai, Mwiki, Mukuru Kwa Njenga, Dandora, Kariobangi and Kawangware, from which they operated routes.

It was launched after President Uhuru Kenyatta issued a directive with the aim of cutting down transport costs for commuters around the city.

Former NYS Director-General Richard Ndubai had revealed at the time that the fares charged by the NYS were low, as the venture was not intended for profit.

"We are not doing this for profit. The fare will only cater for fuel costs. Wananchi have been suffering and we hope that this will bring discipline on the roads as well as stabilise fares.

"We are about public service and meeting the needs of Kenyans, which have not been met by the other groups. Further, we only have the buses operating from Monday to Friday during rush hour," he explained.

Two years after the project kicked off, the office of the Auditor-General raised concerns on how sustainable the project would remain after more than half of the fleet of NYS buses broke down.

"The programme further had no budgetary provision to fund the maintenance of the buses and other operational costs and no subsidy has so far been received for the project.

"Under the circumstances, the sustainability of the Okoa Abiria programme is highly uncertain," read a report from the office.

The government released Ksh500million to help run the program in 2018, a month after its launch.