Busia County on the Spot Over Increased Sexual Defilement Cases

The girl child is never safe at all in Busia, owing to the recent rising rape cases, with about four being recorded almost on a daily basis. 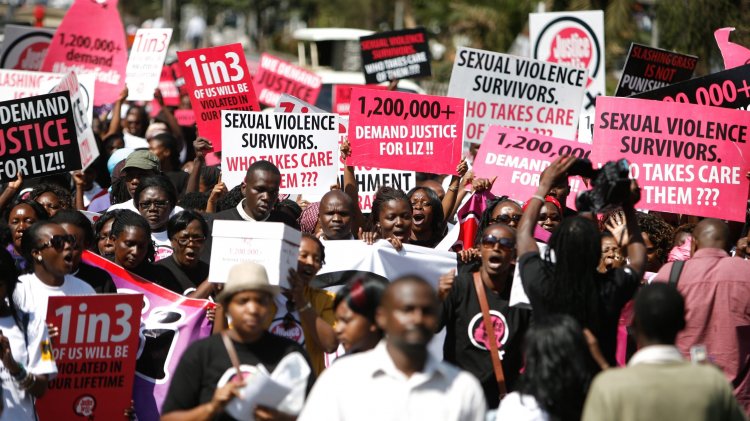 A past protect by the public against increased rape cases. [Source/ Courtesy]

Busia County has of late become a danger zone for the girl child owing to increased rape cases, with perpetrators enjoying protection by the parents of the victims.

Areas especially Nambale and Butula are among the worst-hit. Law enforcers have urged the public not to hesitate in reporting such cases.

About four cases are being reported on a daily basis from Nambale and Butula, painting a grotesque picture of how unsafe the girl child is.

Sodomy cases have also been reportedly on increase. Sadly, many cases have ended up being covered with the parents choosing out-of-court settlements between them and the defilers. This has led to the victims not getting justice despite the beastly acts meted on them.

"It is a worrying culture being fuelled by the decay of morals and greed – by residents and authorities, with young girls and women paying the highest price," Ms. Mary Makokha, a lobby group leader lamented.

The Deputy County Commissioner (DCC) Ms. Pamela Otieno warned the perpetrators that they were living on borrowed time.

Ms. Pamela stated that as authorities, they will not sit and watch sex predators destroy young ladies. She affirmed that perpetrators will face an arrest, and be charged in court.

She further called upon the parents of the rape victims to desist from engaging in out-of-court settlements, warning that they also risked being charged.