The two occupants of the van sadly died on the spot.

A dashboard camera captured shocking moments of a grisly road accident on Monday, March 22 along Nakuru-Kisumu highway where a trailer rammed into a speeding vehicle.

The video seen by Bright Kenya News showed the vehicle, a Toyota Noah trying to first overtake the vehicle recording the footage.

It then sped down the highway before encountering a trailer that was right in front of it. The driver, believing that the trailer was too slow for him and was intent on giving him the way, proceeded to overtake. 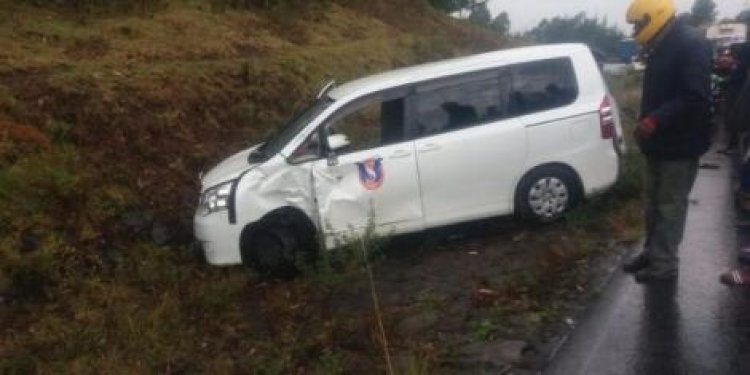 He had tried to swerve to the left on spotting the oncoming trailer but it was too late.

The driver appeared to have swerved to the right to avoid the oncoming trailer but his vehicle was rammed to the ground.

The two occupants of the van sadly died on the spot.

Fist-Fight Experienced in Nyandarua as MCAs Differ over...