Police were forced to intervene in an incident where Nyamira county members of parliament Clashed at one another for the 2nd sitting in a row.

According to eyewitnesses, several MCAs allied to Governor Nyaribo accused those allied to Speaker Teya of blocking them from being members of some influential House Committees.

According to the viral video clip circulating in social media handles, angry Members of the Country Assembly are seen throwing objects at each other. While the ODM Party faction led by Governor Nyaribo has accused their counterparts in Jubilee of allegedly planning to take control of the Assembly, the speaker of the assembly has termed the move as sad and unfortunate. 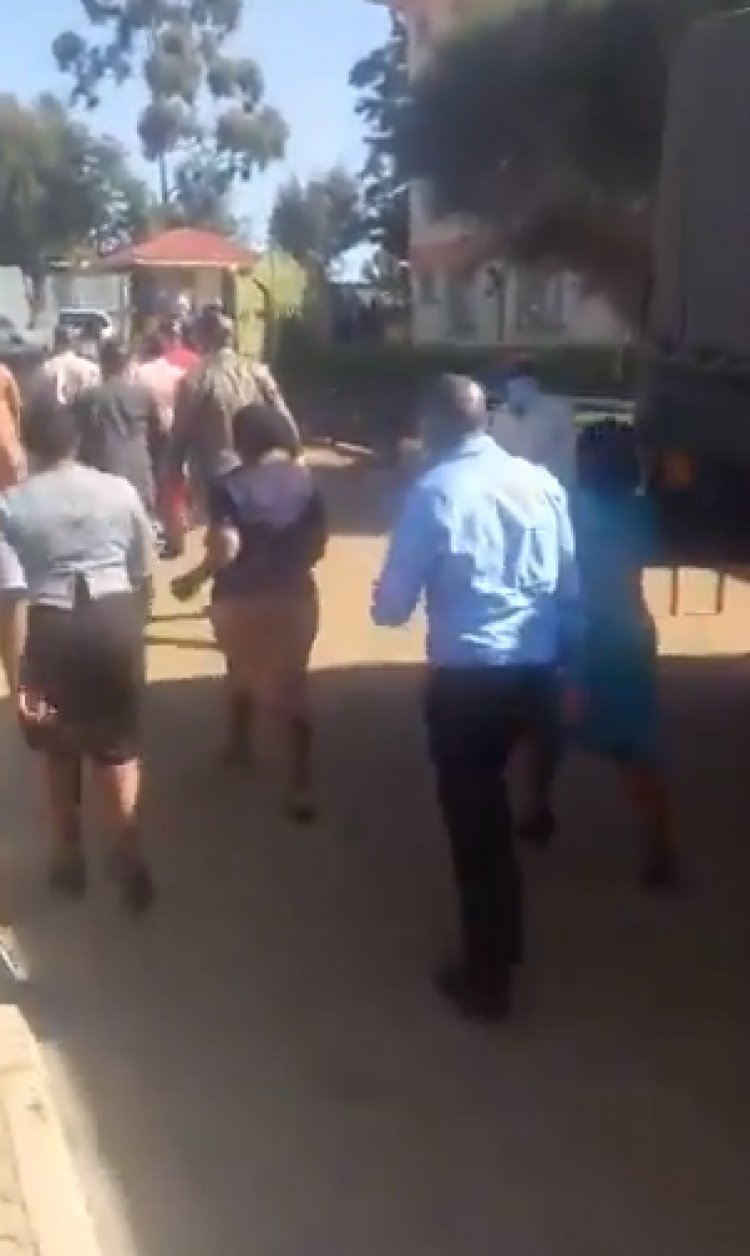 This comes at a time a similar incident was witnessed on Thursday 4th, March in Kabuchai where Langata Member of parliament Nixon Korir was teargassed by the police who were trying to maintain law and order by keeping the MP away from the polling station in London Ward Nakuru, despite him being a United Democratic Alliance Party {UDA} Urgent.

However, the Kabuchai by-election was done in a bid to replace the late Member of Parliament Hon. Lusweti Mukwe died in December 2020 after a long illness.

Leaked Video Of President Uhuru Complaining About His State...

Safari Rally Car on a Race Rolls in Naivasha{ VIDEO}