The bishop addressed the new COVID-19 directives by Uhuru issued on Friday, March 26, particularly one that ordered the suspension of all religious gatherings until further notice.

A Nairobi pastor has gone viral after he launched a scathing attack on President Uhuru Kenyatta over the current economic crisis and handling of the COVID-19 pandemic.

Addressing his congregants on Sunday, March 28, PEFA Kahawa West Bishop Peter Ambuka deviated from preaching his normal scripture to send a message to the Head of State.

The bishop addressed the new COVID-19 directives by Uhuru issued on Friday, March 26, particularly one that ordered the suspension of all religious gatherings until further notice.

He further slammed Uhuru alongside Orange Democratic Movement (ODM) party leader Raila Odinga and Deputy President William Ruto - describing them as super-spreaders of the deadly COVID-19 virus due to the huge rallies held that went against Ministry of Health protocols.

"As soon as the curve started to flatten in 2020, we thought our lives would resume back to normal, then you and your brother Raila restarted the BBI reggae and embarked on crisscrossing the country in utter disregard of the laid down COVID-19 protocols issued by your government.

"Mr. President, you are to blame for this third wave and the buck stops with you. Unfortunately, it's the common mwananchi who has to suffer for it. And you continue to live a lavish lifestyle thanks to the taxes we continue to pay even as we lose our sources of income," pastor Ambuka stated.

He also bashed Uhuru's move to implement lockdown in five counties (Nairobi, Kiambu, Kajiado, Machakos, Nakuru) and curfews as effective measures to curb the virus. Ambuka added that the measures might delay the spread but not limit it.

"Mr. President, you should have come up with a plan on how to totally eradicate the virus within these five counties. I expected that you would initiate a massive testing and vaccination program that would reach the inhabitants of all these five counties," he added.

The pastor, in his closing remarks, sharply criticized the manner in which Uhuru has handled the church since the onset of the pandemic in March 2020.

He posed a query as to why churches are issued with the same restrictions as bars, despite the religious institutions following all the protocols issued by the Ministry of Health.

"Last year when Health CS Kagwe was announcing the closure of churches, he insulted the leaders of these churches by leaving the bars open which later became the super spreaders. We as church leaders were surprised to hear that churches have been grouped together with bars and have been closed.

"Mr. President this is a show of lack of respect for churches and contempt for the same, how can you compare churches with bars?" he asked.

Ambuka noted that it was time for the President and his fellow politicians to remember their civic duties to serve Kenyans.

"I'm doing this via social media because, in Kenya, there's no way you can reach the President even though we are his employers and that should not be the case because they need to know what we're going through," the Bishop stated.

A video of his bold message has so far been viewed thousands of times and has been widely shared on social media platforms. 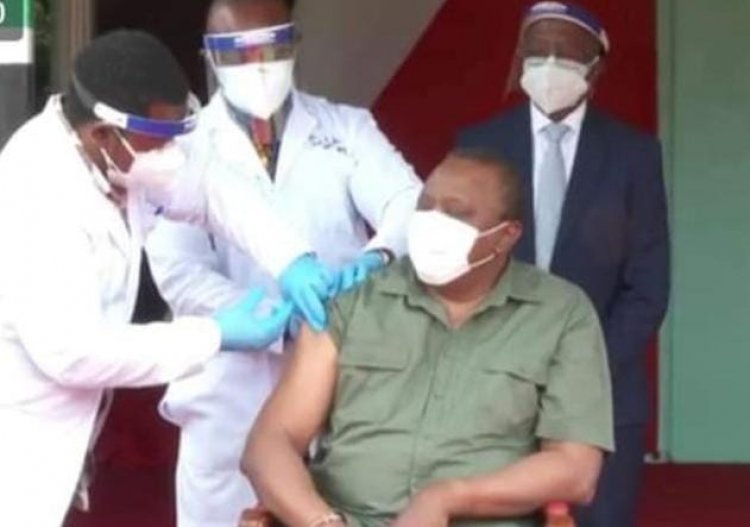 UDA Die-hard Expresses Interest To Replace Ngirici As Next...