Ezekiel Mutua, the Kenya Film Classification Board (KFCB) CEO hosted Kenyan Comedian Eric Omondi at his office to discuss the way forward for his Wife Material show following explicit videos that trended online and later landed him in trouble.

According to KFCB Boss Mr. Ezekiel Mutua, he unveiled a mediation team that will ensure artists and creatives produce clean content. The team will be led by, Mwalimu Churchill, Jalang’o, Nonini, Refigah, Big Ted, MC Antonio among other Artists in Kenya.

The key aim of the meeting was to find out the way forward for comedian Eric Omondi`s dubbed Wife Material Show to ensure that it Doesn’t surpass the  Kenya Film and Classification Board`s laid down rules and regulations. 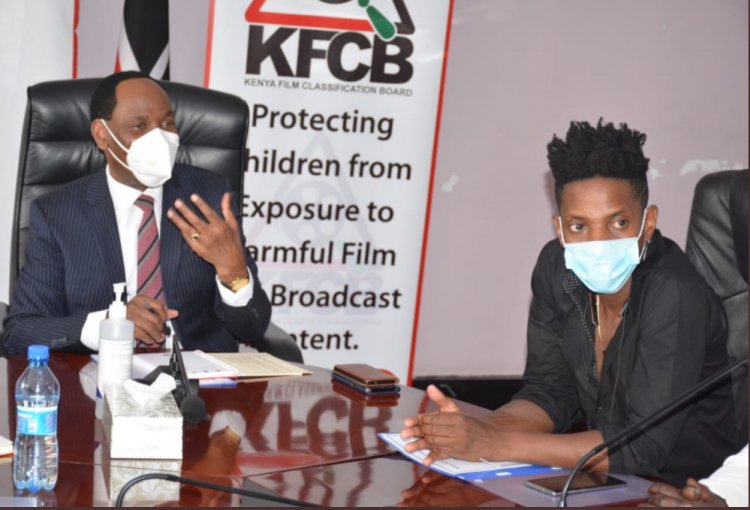 on the other hand,  the meeting also saw the case that was filed by KFCB against the King of Comedy Eric Omondi dropped following a mutual agreement that was reached.
“The signing of the agreement between KFCB and @ericomondi_ marks the end of the court proceedings following the arrest of Eric,” said Ezekiel Mutua. 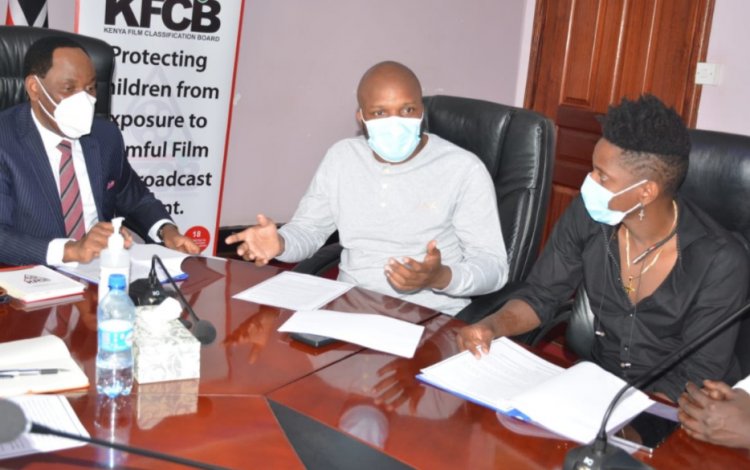 Mutua also further added that “If you are a blogger, vlogger, content creator, podcaster and you don't abide by KFCB regulations be sure you will be arrested. We need discipline and decency in the creative industry.
We have concentrated on building the physical infrastructure of our nation but the software of morality and decency has gone to the dogs”, 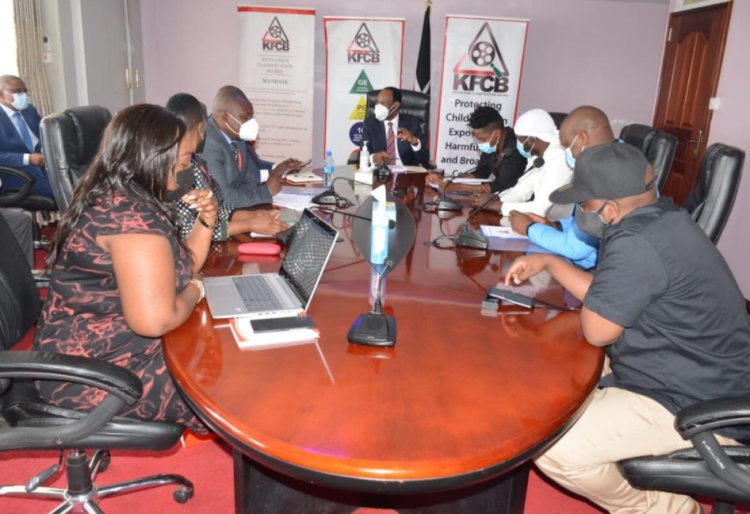