Kenyan Blogger Dennis Itumbi has ignited mixed reactions online after he named two judges who are allegedly going to be the next Chief Justice of the country. 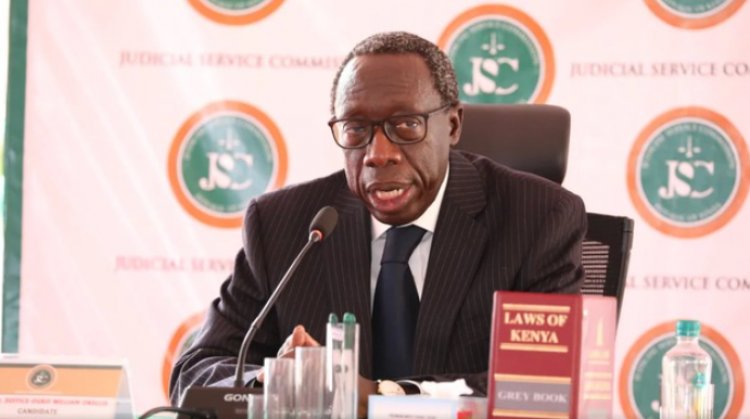 According to Itumbi, Kenyans will know their next Chief Justice within 48 hours and that person will be non-other than honorable Justice William Ouko.

This is after he compared Justice William Ouko and Martha Koome on Monday 26th night on his Facebook account.

Itumbi further argued that since a judge from the Nyanza region Judge Ojwang, had retired, Justice William Ouko could become the next CJ to have the regional balance needed in the country.

Besides, he said that Justice William Ouko performed better than lawyer Fred Ngatia in the JSC interviews that had just ended last week which saw lawyer Alice Yano the last candidate to be interviewed.

"Within 48 hours, Justice William Ouko will be announced as Kenya's new Chief Justice. ( Regional balancing, Ojwang, a Judge from Luo-land has retired, the new entrant is easy to guess). Ouko 8 marks, Nderi and Ngatia tied at 7 Marks and Koome 6marks," he said.

More so, if Justice William Ouko is not announced as the CJ, Itumbi claimed that Martha Koome will be. She could still be appointed as the Supreme Court Judge if Justice Ouko's becomes the CJ

"Martha Koome will then be appointed a Supreme Court Judge, after the interviews, to balance Gender. She is Meru, not Kikuyu.

"The Counter guess-work is that Martha Koome will be CJ and Ouko will go through as Judge of the apex court," Itumbi added.

Myanmar’s Junta Calls for “Stability” Before Hearing Pleas on Violence