Atwoli has told the Health CS Kagwe to either consider reversing the order that directed zero remittances by health workers or alternatively consider himself jobless. 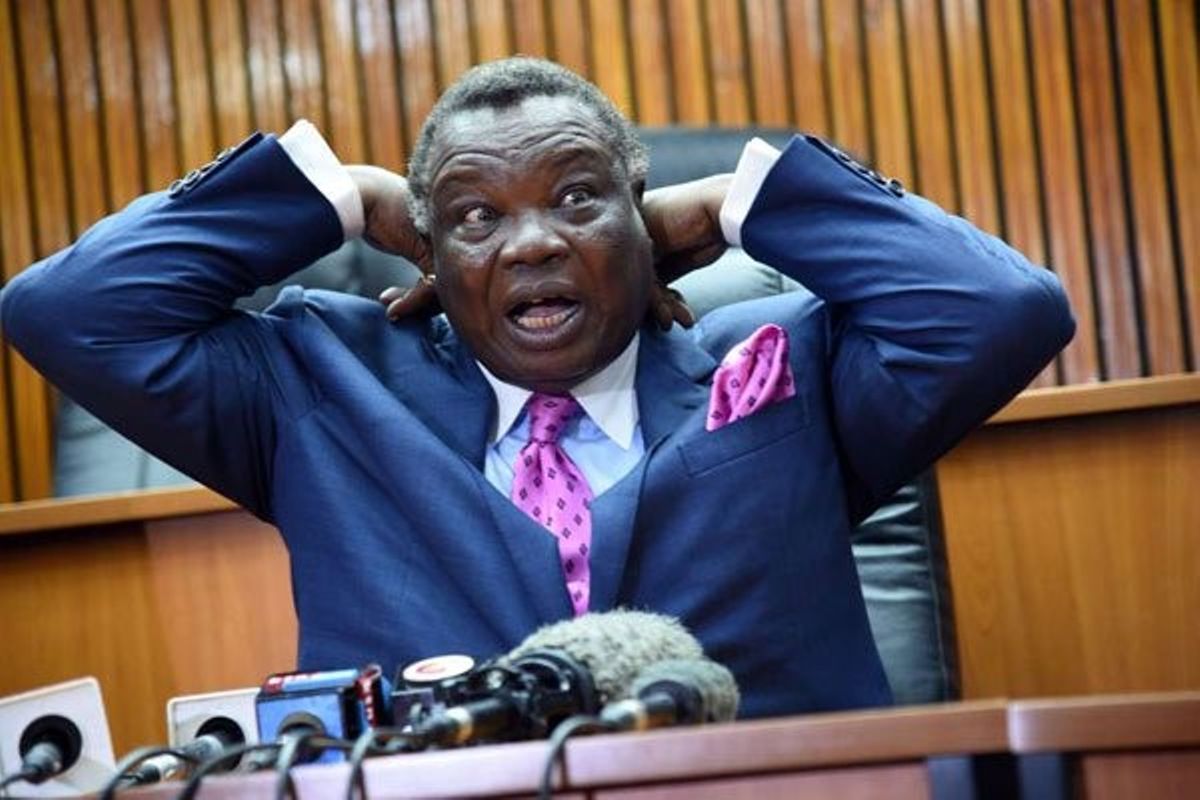 The Central Organization of Traders Union [Cotu] Secretary-General Francis Atwoli has blasted the Health Ministry Mutahi Kagwe over the directive that called on health unions not to remit their dues to the organization.

Via a recent letter dated December 22, 2020, by the Health CS to his Public Service colleague Ms. Margaret Kobia, Kagwe had clarified that the ministry and county governments will no longer remit any dues to any union in the health sector.

However, the statement did not go well with some people like the Cotu boss who described such as illegal and violation of labour laws.

As a result, Atwoli now wants the health CS to reverse such an order or face it rough. "...Should this case go to court, the CS will experience the full force of the union. We will ask the President to sack him," warned Atwoli.

According to Atwoli, the Jubilee administration could not afford to direct all state department not to deduct dues from unions representing medics.

Atwoli further maintained that the money belonged to employees who were giving the remittances willingly. It is not the first time the government is drawn into wrangles with unions.

In 2019, the Teachers Service Commission [TSC] was drawn into wars with the Kenya National Union of Teachers [Knut], after the teachers' employer withdrew the check-off system for July 2019 onwards.

The decision triggered a mass exodus of members leaving the union with insufficient funds to meet its operation. TSC has since stood to strongly condemn the allegations by the TSC.