Nakuru High Court has temporarily halted the removal of Nyandarua County Assembly speaker Ndegwa Wahome as there are pending orders. 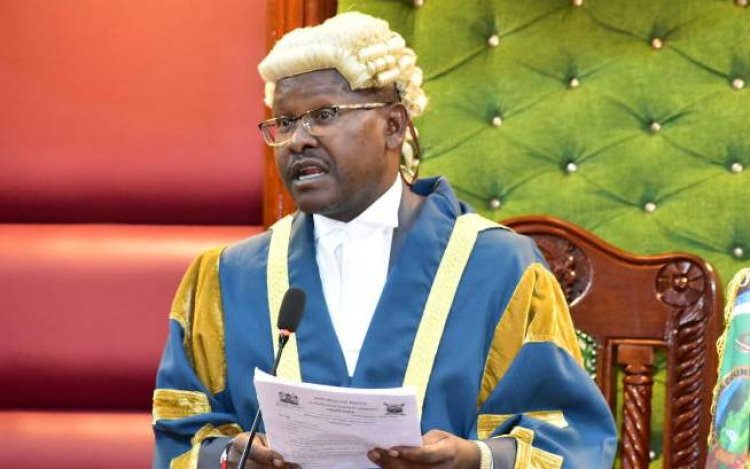 Justice Chemitei ruled that “It is necessary to maintain the status quo in regards to orders of January 26. Justice Ngugi’s orders must be followed through unless the court is persuaded otherwise.”

The High Court Judge halted the execution of impeachment pending the court hearing and determination of the case before Ngugi.

“The court hereby restrained the respondents (county assembly) and other government bodies from de-gazetting the applicant (Wahome) as speaker of Nyandarua County Assembly,” ruled Chemitei.

Wahome filed an application to the court complaining the MCAs did not follow proper procedures while impeaching the speaker as the court had stayed his impeachment.

Ndegwa was impeached for the second time on February 10th after 26 MCAs voted to impeach him.

The case will now be mentioned on February 22nd for further directions.

Man Arrested in Githurai in Relation to Girlfriend's Murder

Two Women In Nairobi Charged After Abducting A Newborn...