This is after the court was informed that the former governor, after examination by a doctor at the Aga Khan University Hospital in Nairobi, issued a report declaring that he was mentally unfit to stand trial. 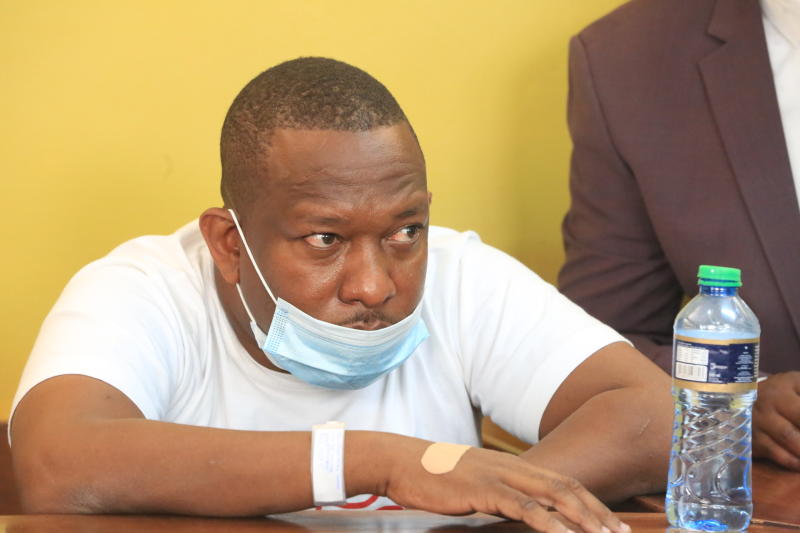 A Nairobi court has ordered a psychiatric exam to be done upon Nairobi Governor Mike Sonko to determine whether he is mentally fit to stand trial.

This is after the court was informed that the former governor, after examination by a doctor at the Aga Khan University Hospital in Nairobi, issued a report declaring that he was mentally unfit to stand trial.

Magistrate Peter Ooko noted that although two medical reports have pointed out that Sonko suffers from bipolar disorder, the issue of being mentally unfit was not captured in the report.

The court ordered that Sonko be examined by a psychiatrist at the Kenyatta National Hospital. The matter will be mentioned on March 12, 2021.

Earlier on, Chief Magistrate Douglas Ogoti of the Anti-Corruption Court declined to save himself from Sonko’s Ksh14 million graft case. He wanted to be saved from the case, arguing that the court had already set an outcome.

He ruled that Sonko’s application for him to rescue himself from the case is tantamount to the threatening of judicial officers and that there was no evidence of bias.

“To ask a court to disqualify itself against orders which have not been appealed amounts to a threat to judicial officers," ruled Ogoti.

During the court session, Ogoti pointed out that bias can only be proven on the basis of personal or extra-judicial grounds for a magistrate to rescue himself from a case.

The magistrate, quoting from the ruling by Nairobi Chief Magistrate Martha Mutuku, stated that suspects must submit to the rule of law and if not satisfied by the outcome, they can always appeal.

“The same way this court holds the party with respect is the same way the court demands respect from the parties. They must submit to the rule of the law,” he said in his ruling.

President Uhuru to Attend Jubilee NDC at the KICC