Judge Antony Charo Mrima made the ruling, citing irregularities in Uhuru's order as well as a lack of public participation. The High Court on Monday, February 15 suspended the takeover of the Kenya Meat Commission (KMC) by the Ministry of Defence, an order issued by President Uhuru Kenyatta.

Judge Antony Charo Mrima made the ruling, citing irregularities in Uhuru's order as well as a lack of public participation.

“The decision to re-assign the ministerial responsibility from the Ministry of Agriculture, Livestock, Fisheries and Irrigation to the Ministry of Defence is in violation of Article 10 of the Constitution for want of Public participation succeeds,” read part of the ruling.

The court also revealed that the order could only be effected through amending the Kenya Meat Commission Act which was last revised in 2012.

The judge also noted that by executing the order, the government would turn the Ministry of Defence into a commercialized sector, which is against the constitution.

Mrima has handed the government an ultimatum of 90 days to regular the order since it had already been passed and the budget for it allocated.

It, therefore, means that the Executive order number 3 of 2020 is deemed null and void.

The President has been reliant on the military in his last term in office and his trust in the defense force grew during the pandemic in 2020 with the formation of Nairobi Metropolitan Services and the appointment of General Mohamed Abdalla Badi.

The NMS has been running key functions in Nairobi Count following the impeachment of Governor Mike Sonko in December 2020.

Uhuru's trust in the military has been pivotal in ensuring that his legacy projects are complete before he leaves office.

In one of his Nairobi CBD tours, the president praised the manner in which the military has handled tasks that are civilian-based.

“If all of us operated and behaved, loved and served their country in the manner in which the Kenya Defence Forces (KDF) does, Kenya would today be a great country. And we all have a big lesson to learn,” he noted. 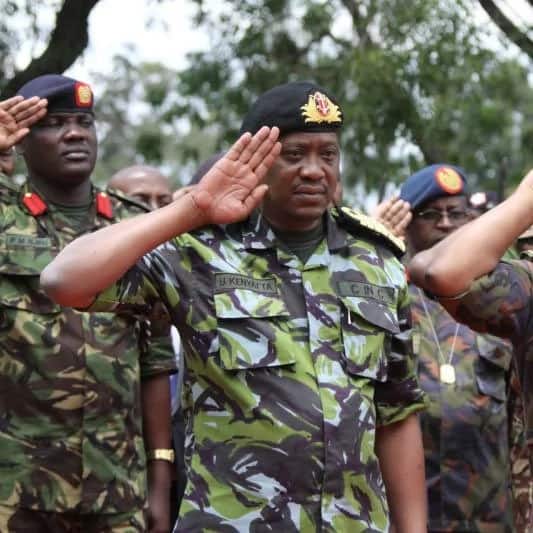