Daughter, Mother, and Grandmother Electrocuted To Death During a Burial in Kisii

Residents have since blamed the tragedy on the illegal power connection that supplied power to the burial ceremony. 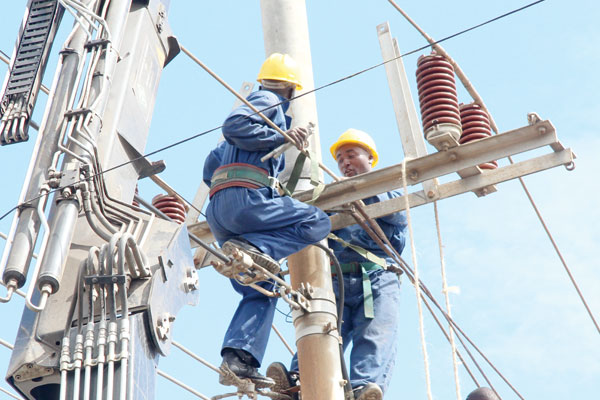 Kenya power staff members undertake a maintenance in a past photo. [Source/ File]

A family in Kisii county is grieving the deaths of a daughter, her mother, and grandmother who died of electrocution while attending a burial on Sunday (yesterday).

The three had attended a send-off at Bomachonge in the Borabu constituency. It was during then when the daughter aged seven accidentally stepped on an illegal connection that tapped the power being used in the occasion.

Her mother and their grandmother died at the same time while attempting to rescue her. The mother heard her daughter wailing and got out of the house to see what had happened.

"She did not know what had transpired immediately, and so when she saw the daughter, she went straight to rescue her but was trapped," recalled one of the mourners present who witnessed the tragedy.

Unknown to her, she reached out to her daughter unaware of the electrocution. The three corpses have since been moved to Ogembo funeral parlor.

Kenya Power has recently been monitoring all illegal connections, in an effort to avert dangers that the connections may pose to the violators.

The power company is currently undertaking crackdowns nationwide to identify all illegal connections, disconnect them, and then ensure legal connections are established to the deserving Kenyans.

Man Killed Brother With An Arrow Over Inheritance