Lucy Chemutai a woman who had kindled mixed reactions on social media after she woke up on the streets of Eldoret town in search of a man to marry her on Thursday 8th has finally landed her better soulmate after a long hunt. 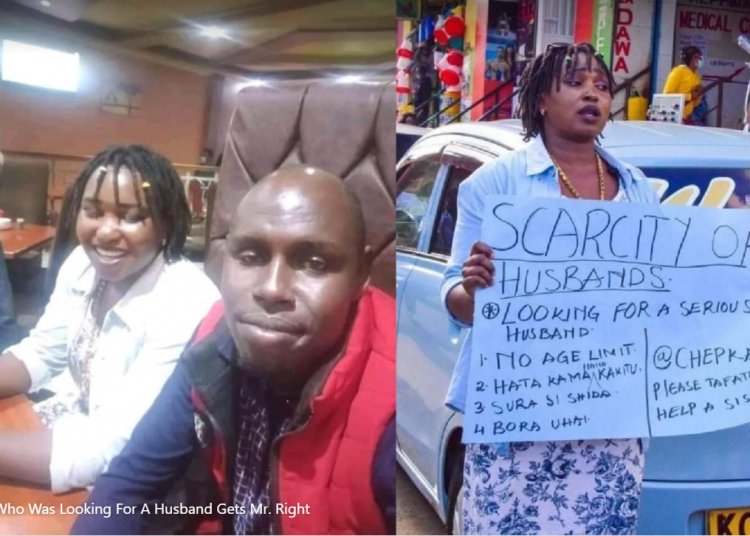 According to Lucy, the scarcity of men in town landed her on the streets of Eldoret advertising and seeking her soulmate who would marry her.

However, in Chemutai`s place card, she didn’t consider the age limit of the man, as long as he is above 18 years old and ready to take her as his soulmate. 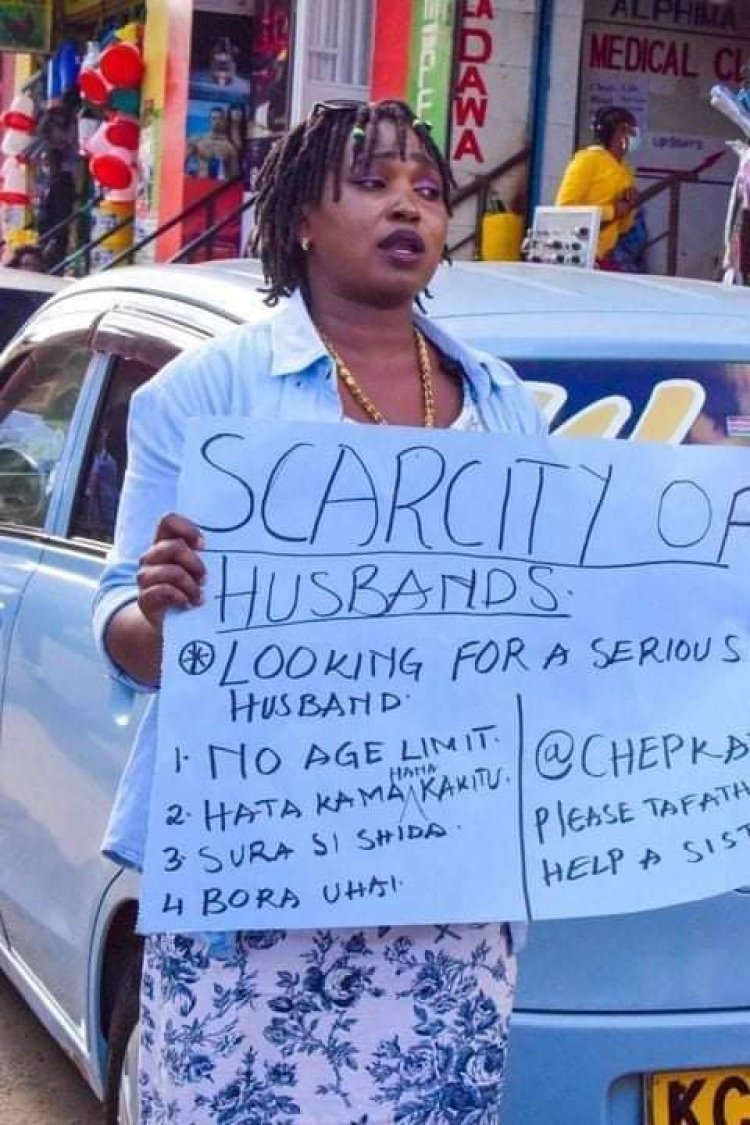 she also didn't mind the age limit, whether jobless with no salary and also the physical appearance of the potential man was not important. According to her, the most important thing such a man was to possess was “being alive” (bora uhai).

However, moments later Lucy, was seen posting posing for a photo with Mr. Right, who was believed to be his new catch after toiling under the sun for the better part of Thursday in search of a husband.

Her move to search for a husband was not well welcomed by a section of Kenyans on Twitter who thought she was pulling some strong stunt but Ironically Chemutai was looking for her soulmate even as others criticized her.