More than a dozen of protesters were apprehended by Myanmar Security personnel on Monday afternoon as the widespread fury about the February 1 military coup is channeled into a general strike taking place in several cities across the country. 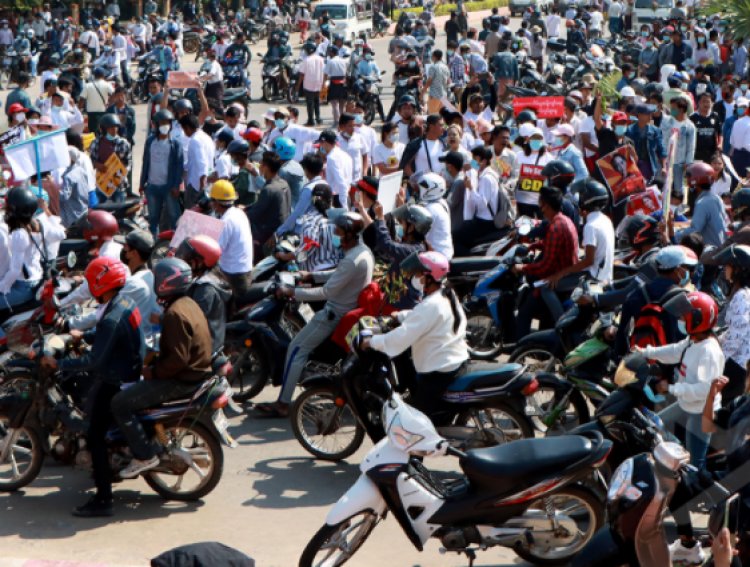 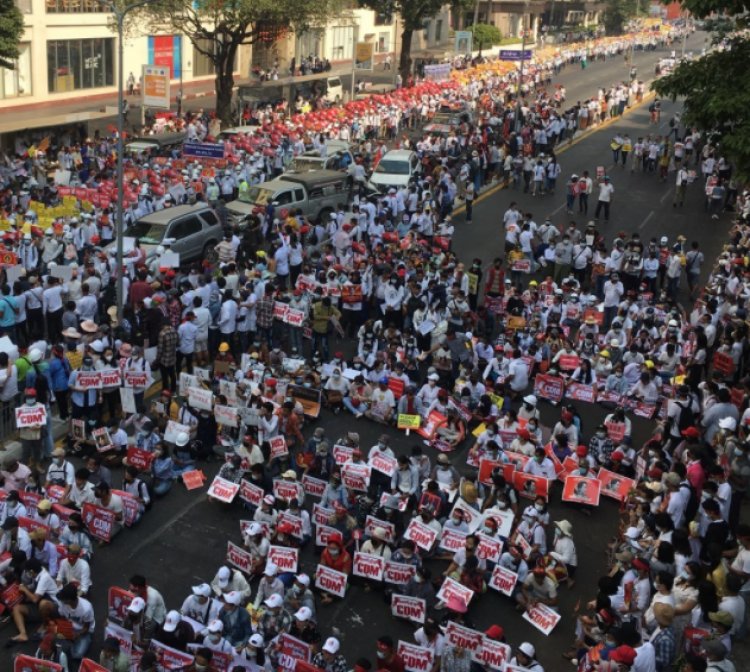 On the other hand, the security personnel had also stationed troops at the most affected places in Myanmar in an attempt to subdue the protests, who have been in the streets for days further disrupting normalcy in the country. 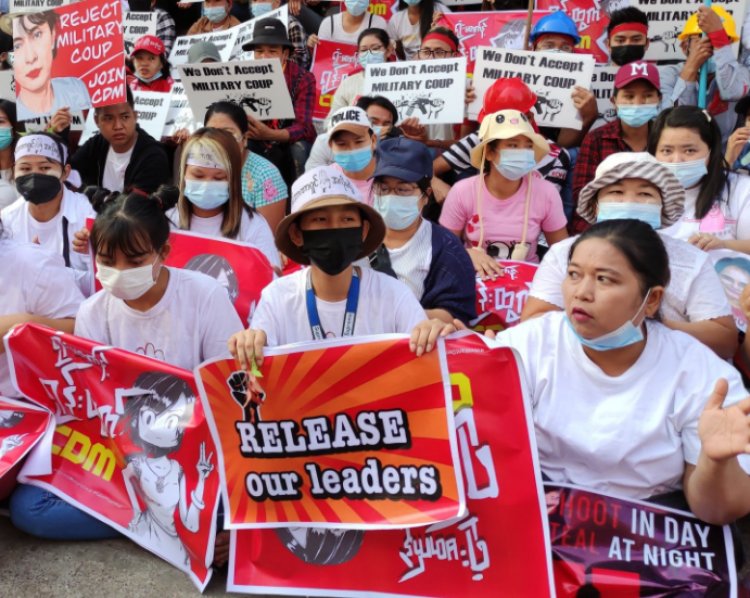 Citizens with banners demanding the release of their Leaders: Source Twitter

This comes at a time the protesters are demanding the release of their leaders President U Win Myint alongside Daw Aung San Suu Kyi.

President U win Myint had been accused of inciting the youths to create chaos after the November 2020 elections. 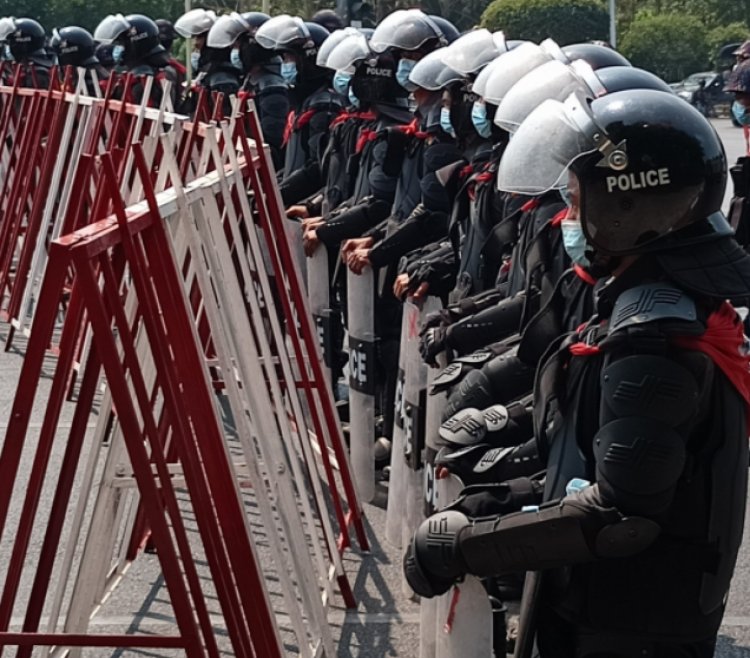