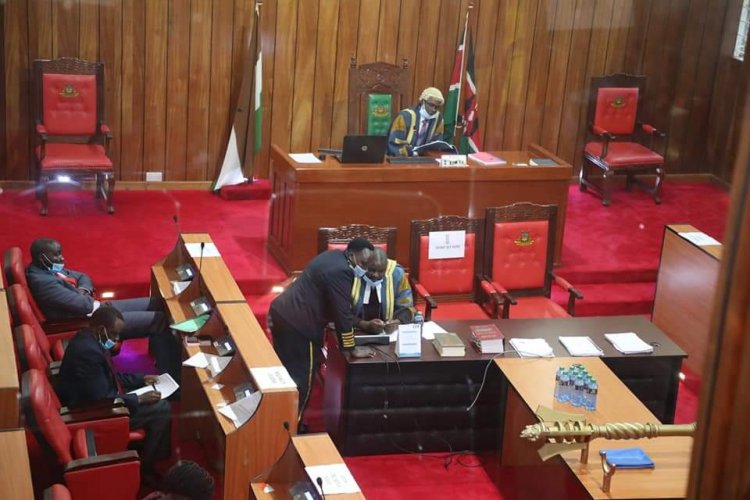 Elgeyo Marakwet county becomes the third county to reject BBI after 17 members of the county assembly voted against it while 15 members supported it after debating it on Tuesday, March 2.

Elgeyo Marakwet County Assembly speaker Philemon Sabulei stated that the ward representatives followed the law while voting for the Bill which resulted in a 2 votes difference which is a sign of true democracy. He further added that there was no pressure from outside at all and that they voted based on the advantages and disadvantages of the bill brought about by the residents of Elgeyo Marakwet county.

The county is home to Senator Kaipchumba Murkomen who had vowed to lead a no campaign against it and County`s Governor Alex Tolgos who supported the Bill and had been appointed by President Uhuru and Raila Odinga to spearhead BBI campaigns in the region.

Baringo county was the first to reject the Bill in an event that generated chaos and brought about physical fights. In this debate 30 MCAs voted against it and 5 supported the Bill whereas 5 did not participate in the exercise.

Nandi County was the second to reject the Bill where 23 MCAs rejected the Bill while 13 supported it. So far more than 40 counties have endorsed the Bill whose fate now lies with the bicameral house.