Kenya’s reigning Olympic champion and world record holder, Eliud Kipchoge, has beautifully won the NN Mission Marathon in   2:04:30 at the Twente Airport in the Netherlands. 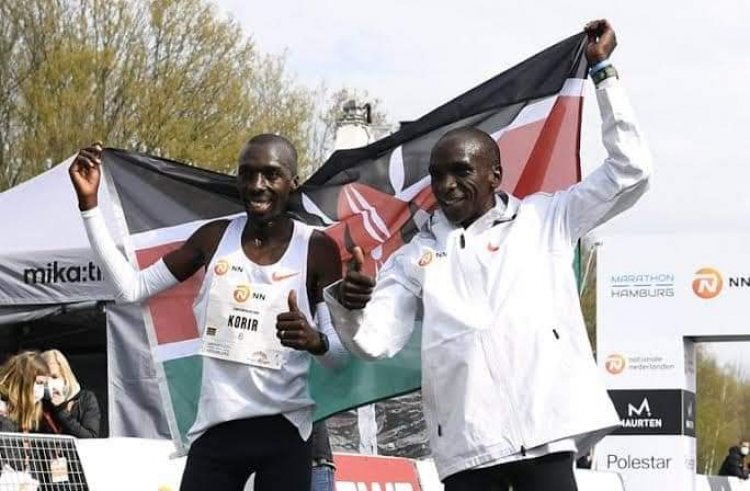 Kenya’s reigning Olympic champion and world record holder, Eliud Kipchoge, has beautifully won the NN Mission Marathon in   2:04:30 at the Twente Airport in the Netherlands.

Ahead of the Marathon, Kipchoge had said that he would run a beautiful race to show the world a huge transition to a great future.

‘I want to run a beautiful race, to show the world that we are on a huge transition to a great future,’ Eliud Kipchoge said.

Fortunately, he followed his talk.

His impressive challenge has marvelled Kenyans as he once again restored the Kenyan spirit of perseverance and ultimate victory.

Leaders and fans have since congratulated him on his amazing victory.

“Congratulations Eliud Kipchoge on winning the NN Mission Marathon and good team work to see your training mate Jonathan Korir finish second. We are proud of you,” said Millicent Omanga.

“Mursik is our energy drink that keeps us running. Congratulations my son Eliud Kipchoge for your win. I know even those who bashed you when you failed last time are here celebrating you. Forgetting that life is about winning and learning not losing,” said Jackson Kibor.

This comes after last year’s London Marathon disappointment that came as a shock to the country and the world at large.

Al Sadd Have Made a Desperate Attempt to Try to Stop Xavi's...

Inter Milan: Thank You Antonio Conte for the Extraordinary...