Rahma's death comes at a time when Covid-19 has continued causing untold pain globally to both livelihoods and the economy at large. 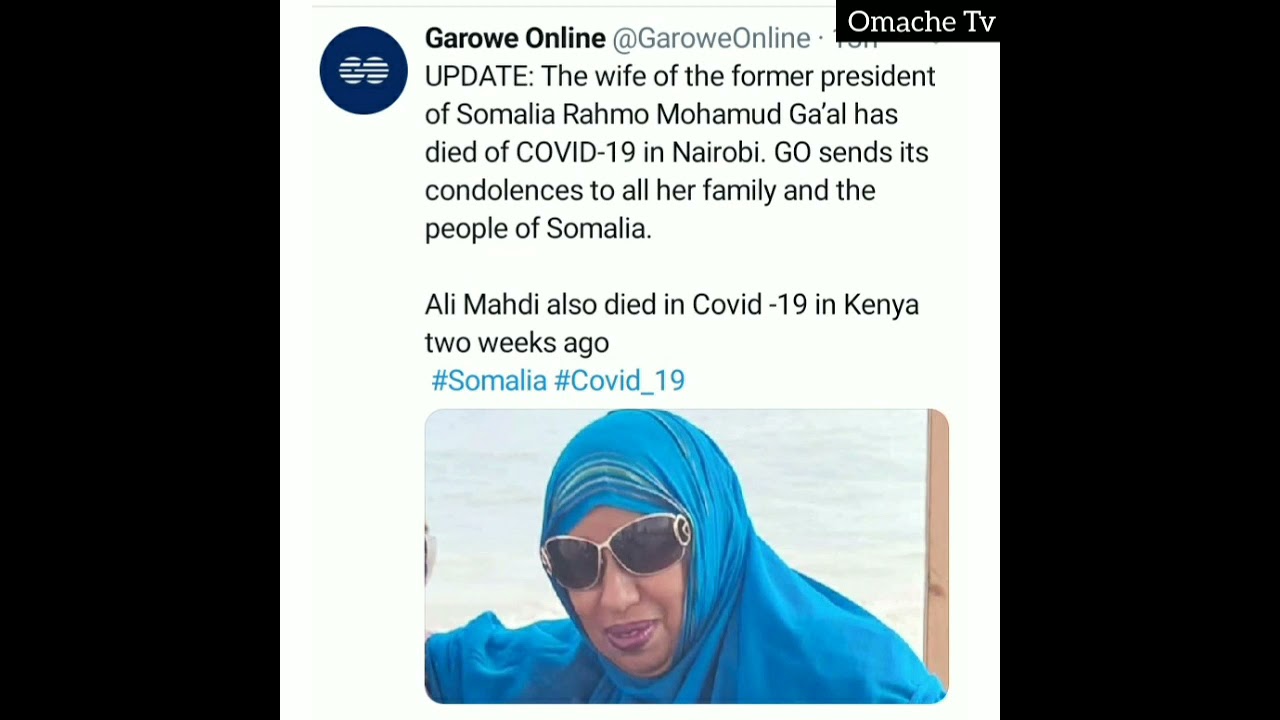 Ms. Rahma Mohamud Ga'al, a former first lady to Somalia nation is reportedly dead. The deceased lost her battle to Covid-19 in Nairobi on Friday according to close sources.

Rahma's demise comes about two weeks after her husband and ex-Somalia head of state Ali Mahdi Mohamed who also died of the pandemic's complications still in Nairobi.

Somalia's capital was brought to a halt following his burial procession with military officers flocking the city. Mahdi's corpse was ferried to a mosque where his family got a chance to see him off.

Born in 1939, Mahdi's rise to power began in 1968 when he was elected to the parliament. Before ascending to the highest office, he also served in the nation's Health Ministry.

Other than politics, Mahdi also successfully ventured into business activities that saw him flourish in the early years of the 1970s.

“Expect Queues To Die Out By Wednesday Due To A Fuel Shortage...

Senator Cherargei And Other MPS Arrested in Connection...