Echesa demanded to know why party agents had been excluded from overseeing the voting exercise before he slapped the IEBC official and eloped. 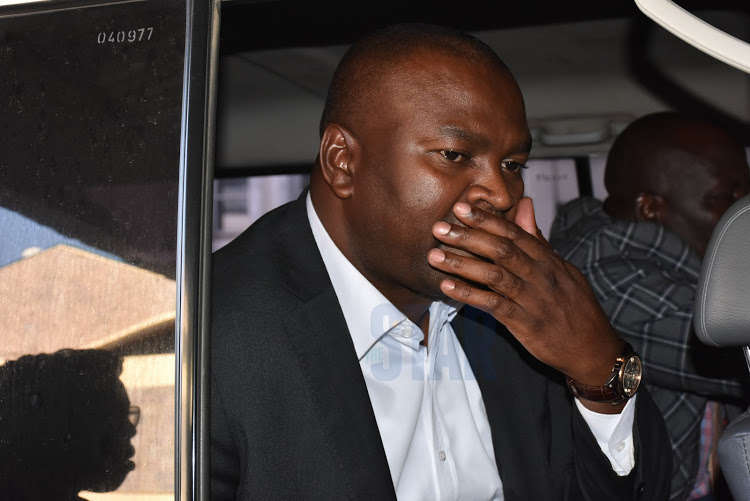 Ex-CS Echesa in a past photo. [Source/ Courtesy]

Law enforcers have initiated a manhunt for the ex-Sports Cabine docket boss Rashid Echesa after being captured dressing down an IEBC official.

He reportedly went missing immediately after the saga at Bulonga voting centre. In the clip that is now doing rounds on various social media platforms, Echesa can be seen subjecting the officer to intimidation through incessant utterances.

He can also be heard questioning why the United Democratic Alliance (UDA) agents were being denied access to the voting exercise.

"You cannot chase our agents outside. Why are you chasing them outside...," Echesa reportedly demanded an answer before slapping the official.