India now becomes one of the world’s worst-hit countries by the coronavirus having recorded 17.6 million positive cases so far since the pandemic hit the world. 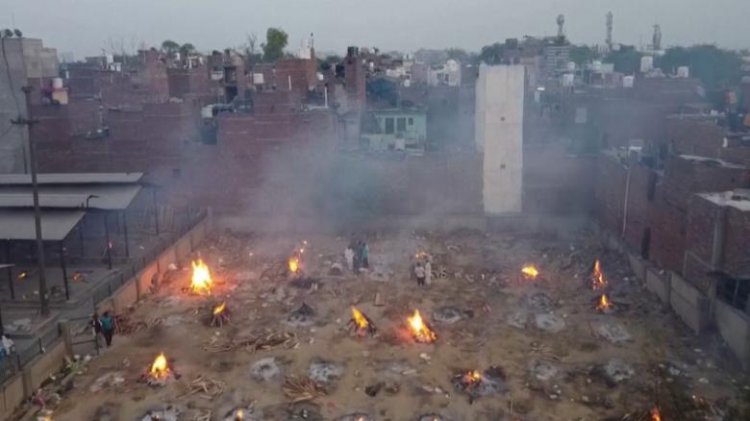 However, the experts now fear the real number could be 30 times higher meaning that more than half a billion Indians could be suffering from the virus.

Health officials and scientists in India have long warned that coronavirus infections and related deaths are significantly underreported for several reasons, including poor infrastructure, human error, and low testing levels.

“It’s widely known that both the case numbers and the mortality figures are undercounted, they always have been,” said Ramanan Laxminarayan, director of the Center for Disease Dynamics, Economics, and Policy in New Delhi.

CNN has reached to India’s health ministry for comments regarding the claims of underreporting.

That struggle is still ongoing with the country’s daily death toll is now projected to continue climbing until mid-May, according to prediction models from the University of Washington’s Institute for Health Metrics and Evaluations.

According to the predictions, the death toll could peak at more than 13,000 death cases a day which will be four times higher more than the current death toll.

“I don’t think any family has been spared a Covid death,” said Laxminarayan. “There’s a missing person in every family that I can think of.”

The underreporting could partly be why India was largely hit by the second wave, said Mukherjee from the University of Michigan.

“If we had more accurate data in terms of cases, infections, as well as deaths, then, of course, we’ll be much more prepared and also anticipate the healthcare resource needs,” she said. “(Faulty data) does not really change the truth. It only makes it worse for policymakers to anticipate the needs.”

Meanwhile, Indians are just waiting for aid to arrive from the central government and overseas. The United States, United Kingdom, France, Germany, and Pakistan are among the countries that have stepped forward to offer assistance and send much-needed medical equipment including ventilators and oxygen.