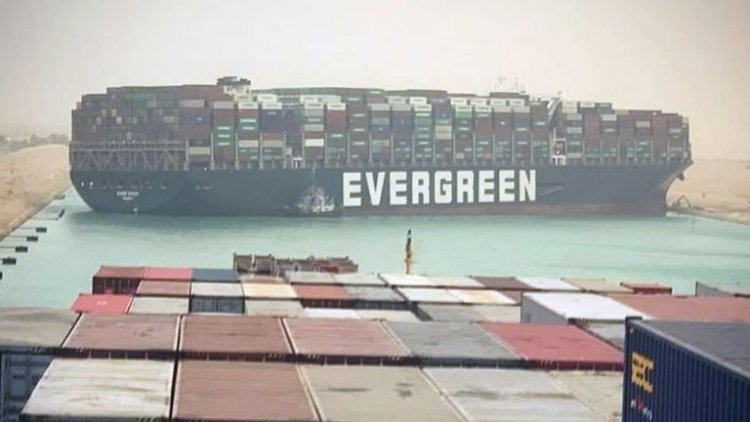 In a video posted online on Monday, it appeared to show the stun of the Ever Given swang towards the canal bank opening space in the channel.

However, the maritime services company Inchcape also reported the vessel was freed. Refloating the vessel was a lengthy effort involving dredgers and tugboats.

Suez Canal which runs through Egypt is one of the busiest trade routes around Africa and therefore, the grounding of Ever Given which is a part of EverGreen's fleet, meant other ships had to reroute around Africa.

Following several failed attempts to free the vessel, on Sunday the canal officials began preparing to remove some of roughly 20,000 containers in the ship to lighten the load.

Experts earlier told the BBC that such an operation would involve bringing in specialist equipment, including a crane that would need to stretch more than 60m (200ft) high, and that it would have taken weeks.

The 400m-long vessel ran aground on Tuesday morning amid high winds and sandstorms that affected visibility.

According to the specialists, salvage companies were brought in to help refloat the ship.

Kenyans Call For President Kenyatta To End The Nationwide...