The drama was experienced in the Nyandarua County Assembly as Members of the County Assembly engaged in physical fights over the court ruling that barred speaker Ndegwa Wahome from conducting the house business. 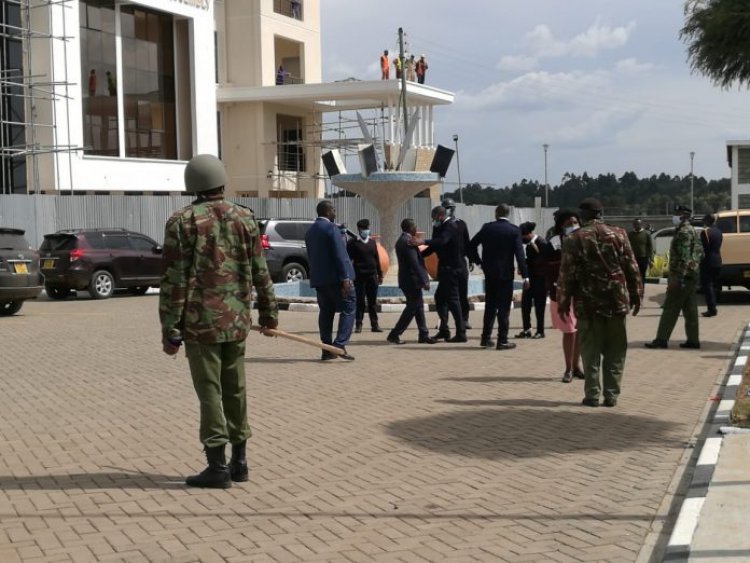 Barely hours after uniting in passing the Building Bridges Initiative (BBI) amendment Bill 2020, chaos erupted after a word went out that MCAs allied to Speaker Wahome had hired goons to raid the assembly.

The move was to bar Deputy Speaker Zackary Njeru from conducting the house business. Chaos eruption forced the police interaction where they managed to arrest one MCA Kieru Wambui who is alleged to be a close ally of Speaker Wahome.

On Tuesday morning, a Nakuru court had issued a ruling which barred the embattled speaker from presiding over the proceedings of the assembly.

Justice Hillary Chemitei ruled that Speaker Wahome is unfit to preside over the debate for the BBI Bill.

Speaker Wahome was impeached for the second time on February 10 over gross misconduct, misuse of office, and nepotism.

Cargo Aircraft That Will Bring COVID-19 Vaccine To Kenya

Youth Summit Kicks off in Eldoret

Raiders Kill An Officer In A Police Station Attack

A  4-Day-Old Baby Strangled To Death By The Mother