The IEBC official was in an argument with Echesa who had alleged that agents related to the United Democratic Alliance (UDA) party were locked out of the polling station.

Former Sports Cabinet Secretary Rashid Echesa is in the spotlight again for the wrong reasons after video footage emerged of him slapping an IEBC official at Bulonga Primary school in the Matungu Constituency by-election that kicked off on Thursday, March 4.

The IEBC official was in an argument with Echesa who had alleged that agents related to the United Democratic Alliance (UDA) party were locked out of the polling station.

Echesa, also attached to the UDA Party, also claimed a plot to rig the votes against their candidate, Alex Lanya.

"You were told by who? Our agents are outside the polling centre. You cannot keep our agents outside. Why are you chasing them outside?” Echesa asked the official.

An argument soon emerged, which led to Echesa attacking the officer, removing his mask, and then proceeded to slap the IEBC official.

"We must take the seats that we are given by our constituents very seriously. I'm worried about the trend we're now seeing with our leaders such as Echesa," Omollo stated.

Kiambu Senator Paul Kimani Wamatangi sided with Omollo and also pointed out that IEBC should not allow politicians to masquerade as agents in polling stations to avoid such altercations in the future.

"What Echesa did is very despicable. It's very bad for a leader to act in such a manner," Wamatangi stated.

"He's doing it because others have gotten away with it. If he could be arrested and jailed for at least six months, then people could take the matter very seriously," Machakos Governor Alfred Mutua reiterated the issue.

The Matungu constituency by-elections kicked off Thursday morning with voters arriving as early as 5 am to cast their votes.

15 candidates have been fielded by the IEBC for the race among them Peter Nabulindo (Amani National Congress), Alex Lanya (United Democratic Alliance), and David Were (ODM) 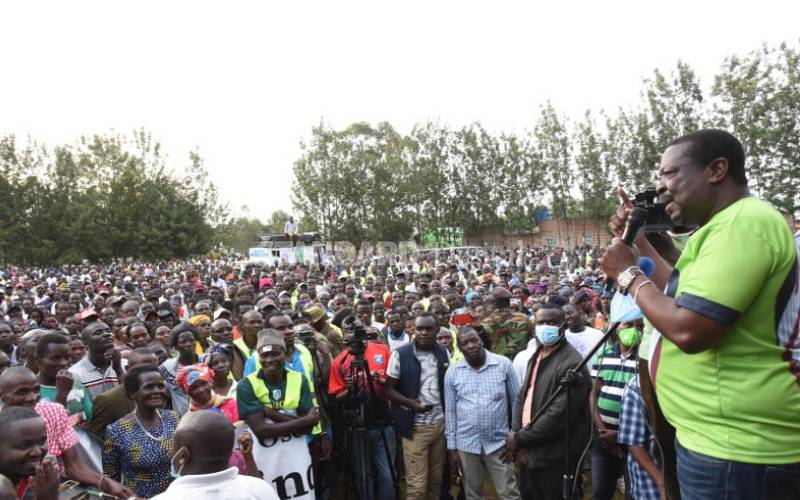 DNA Results Reveals Obado is the Biological Father of Sharon...

Things you Should Know About Late Fugitive Killer cop Kangogo