Fred Ngatia Claims He was Rigged After Justice Koome`s Nomination

Senior Counsel Fred Ngatia has disputed the nomination of Lady Justice Martha Koome to be the next Chief Justice. 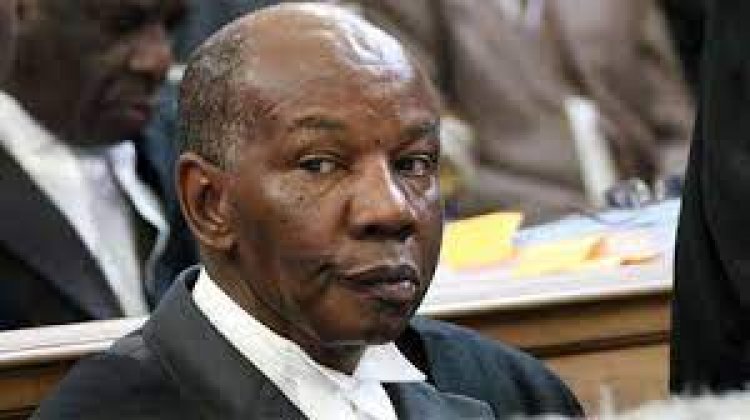 Speaking after the Judicial Service Commission`s(JSC) announcement on Tuesday, April 27, Ngatia lamented that he had been rigged out at the very last minute. Majority of Kenyans predicted that Ngatia would emerge the best but that was not the case as JSC nominated Justice Martha Koome for the post.

Ngatia claimed that powerful individuals pressured a section of JSC commissioners to lower his score. He added that four commissioners from the Mt Kenya region reduced his scores yesterday afternoon after they were called by powerful people. He believes that without the intervention of the powerful people he was far ahead of all the other candidates.

Nelson Havi who is the president of the Law Society of Kenya while speaking to Waihiga Mwaura stated that he reads mischief questioning how a distinguished legal practitioner could be awarded 42 marks making him the bottom candidate for the Chief Justice post.

Ngatia was ranked as the best lawyer in Kenya in 2019 by an independent research company operating across 200  jurisdictions which is known as Chambers and Partners.

Prof Makau Mutua has moved to Court seeking to compel the JSC to make public each candidate's scores in line with the constitutional requirement for transparency. Despite this pressure to disclose how the candidates ranked, the JSC has declined to publicize the information with Prof Olive Mugenda who was chairing the interviews stating that their duty was to select the best candidate and that`s what they have done.

Bobi Wine Moves to the Supreme Court to Challenge Museveni’s...

Kericho Detectives Hunts Down 3 men Who Robbed a PSV Passenger

Detectives in Kericho county have now launched a massive manhunt for three alleged...

Police Launch a Manhunt For a Man Who Snatched a Gun of...

Police in Homabay County, Mbita sub county are looking for a man who eloped with...