Amid the Covid-19 pandemic, the political field is still active as the race to succeed Uasin Gishu County Governor Jackson Mandago has begun in earnest. 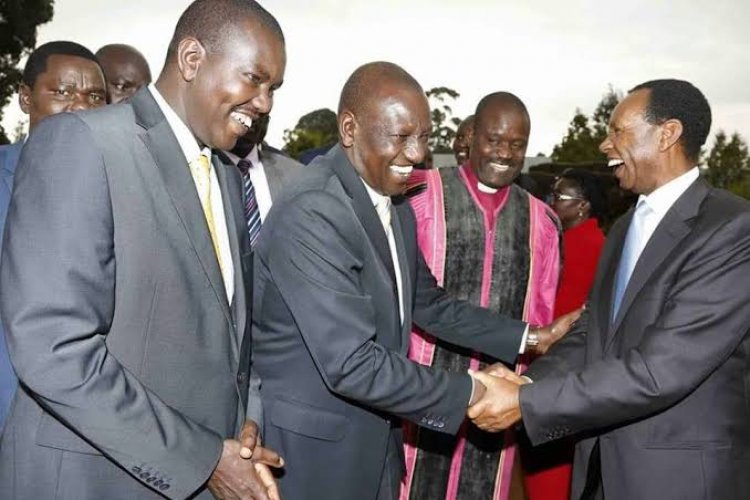 Amid the Covid-19 pandemic, the political field is still active as the race to succeed Uasin Gishu County Governor Jackson Mandago has begun in earnest.

Jubilee top brass including both members of parliament as well as members of the County assembly within Deputy President William Ruto’s camp categorically said that anyone eyeing the governor’s seat must support Ruto’s presidential bid.

Some notable personalities including those who lost in the 2017 elections have already declared interest setting the stage for a battle in the cosmopolitan Rift Valley county.

Oscar Sudi, the Kapseret Member of Parliament warned against tribal campaigns and intimated that anyone eying the seat must be prepared to offer full support to Ruto’s State House race.

However, his sentiments contrasted those of Soy Member of Parliament Caleb Kositany who said that anyone with expectations of being the governor must have the full support of the largest ethnic formulation in the region.

The MP who is also eying the seat on a United Democratic Alliance ticket added that in matters politics, the majority will have their say thus getting the blessings of the majority is key to winning.

Other notable names touted to be in the race include Kenyan ambassador to Pakistan Julius Bitok, businessman Bundotich Zedekiah Kiprop “Buzeki” who also contested in 2017 against Mr. Mandago, and Jonathan Bii, who in 2017 contested for the Soy parliamentary seat.

Mr. Buzeki while addressing the media said that it is wrong for those within Dr. Ruto’s camp to use the local people against their rivals. He further added that every Kenyan has a right to choose and support a candidate of his or her own choice.

Besides, he added that the residents of Uasin Gishu county need a leader who is development-oriented and capable of improving the quality of life and not what is being spread by those in Ruto’s camp.

Meanwhile, the Myoot Council of Elders has called for peaceful campaigns within the Rift Valley as the tides of the political push and pull keep rising towards 2022.