Governors have largely attributed the recent number of increasing Covid-19 cases to the political meetings across the nation by various political leaders. 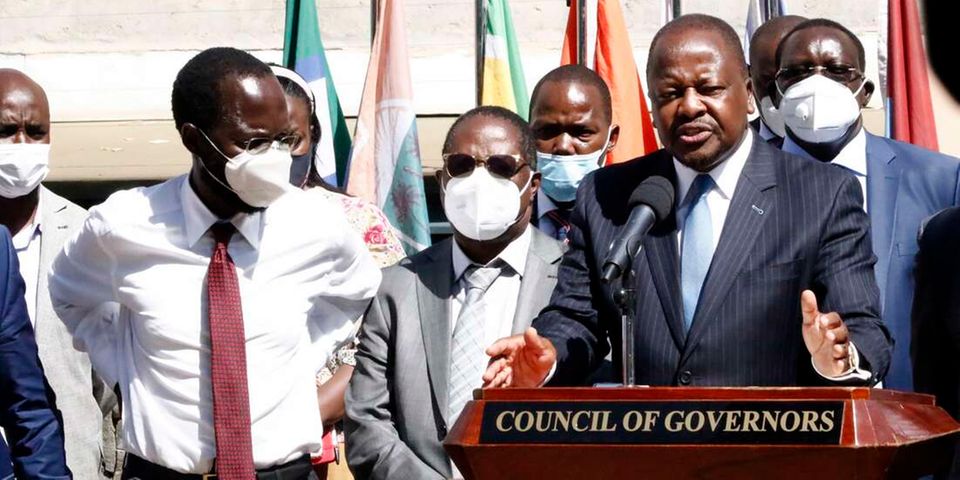 With President Uhuru Kenyatta set to address the nation tomorrow (Friday) the County bosses have urged him to consider banning political rallies for a month.

According to the governors, the recent surging Covid-19 cases are calling for such an order. The Council of Governors (CoG) has blamed the rallies by the politicians as the reason for the increased cases.

The CoG Chair and Embu Governor Martin Wambora expressed concerns by his colleagues, over heightened political gatherings which if untamed my worsen the already worse health situation.

Mr. Wambora stated that the CoG together with the Health Ministry will be going to the drawing table to formulate new protocols guiding the alleged Covid-19 third wave.

"The Council of Governors and the Ministry of Health will relook at the existing protocols with a view to containing the current wave," hinted Governor Wambora.

The CoG boss further called upon every Kenyan to consider obeying the regulations in place, adding that any slight reluctance could land the nation into a huge health crisis.

Medical experts have since warned that the nation could be experiencing its third wave, which is feared deadlier than the previous two.

Speaking on Thursday, Health Cabinet Secretary (CS) Mutahi Kagwe stated that the nation was headed on a risky path, with Kenyans reluctantly obeying the regulations already in place.

Many drinking dens are even reportedly defying the 10 pm to 4 am curfew, conducting operations all night long.

According to the CS Kagwe, the Covid-19 National Emergency Task Force is charting possible solutions that will guide President Kenyatta's address tomorrow.