The international friendly pitting the two East African neighbouring countries Kenya and Tanzania has been cancelled.

The contest was set to be played on Thursday, March 18 at the Nyayo National Stadium from 3 pm.

FKF president Nick Mwendwa had suggested that the game had been postponed following a request from the Tanzanian authorities.

“In respect to our brothers, we have agreed to cancel the match. Pole sana (my condolences) ” Mwendwa wrote on Twitter.

Tanzania’s Taifa Stars were already in Nairobi ahead of the potentially tasty derby against Kenya’s Harambee Stars.

Harambee Stars had won 2-1 against the visiting Taifa Stars in the first of the two friendlies at the same venue on Monday, with Eric Kapaito and Hassan Abdalla scoring for the hosts.

The two teams were to use these matches as preparations ahead of the remaining 2021 Africa Cup of Nations qualification matches.

Kenya will play Egypt and Togo at home and away on March 25 and 29, while Tanzania, under new coach Tim Poulton, has a date with Equatorial Guinea and Libya on the same dates.

The two countries last met on the grand stage at the 2019 African Cup of Nations, in which Kenya won 3-2 in a pulsating contest in the group stages. 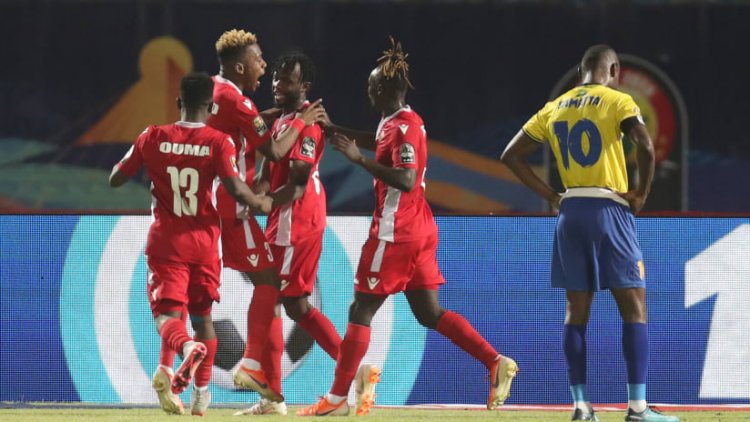 Man City Player Benjamin Mendy Arrives at the Court in...

It's Heem on a hat-trick for The Blues!

Leeds 1-1 Liverpool: The Reds Struggling to Secure a Place...