Tension remains high in Kabuchai polling station and its environs as Mt Elgon Member of parliament decided to appear in the station with a gun. The incident has been on the headlines as residents feared appearing at the station.

This has however attributed to low voter turnout in the area unlike expected.

The by-elections process that is currently taking place in the country has faced two major problems. Drama among leaders and low voter turnout. Tangatanga legislators and a senator have faced it rough after the police arrested them earlier in the day in Kabuchai. 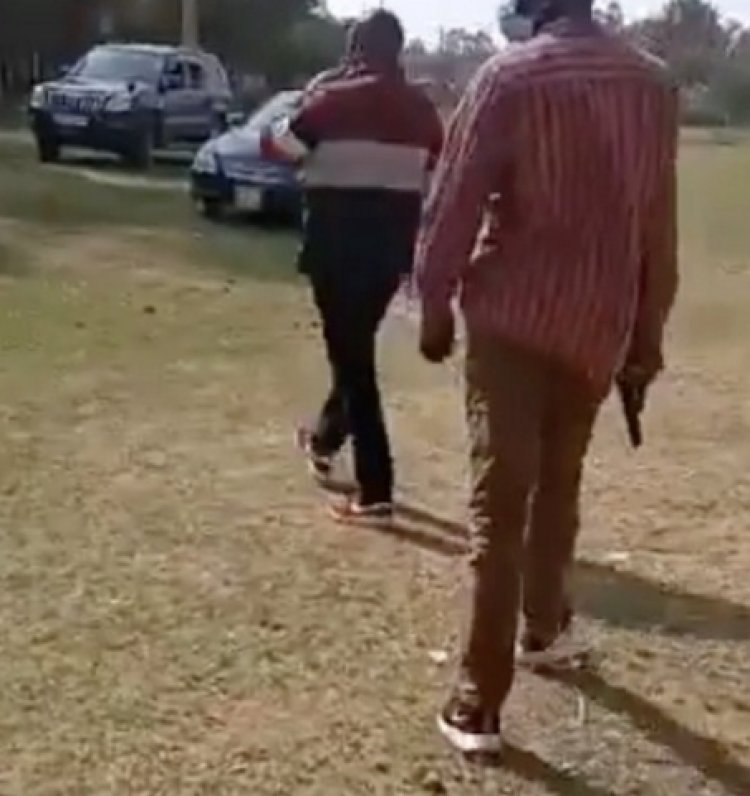 The Kabuchai by-election is ongoing in a bid to replace the late Member of Parliament Hon. Lusweti Mukwe who died in December 2020 after a long illness.

According to a video that has been trending online where two-gun men can be seen in the station, it is believed that the residents alarmed the police and alleged that they could disrupt the ongoing by-election. They were then driven away by the police force and residents continued with the exercise.

Earlier on Thursday 4th, a similar incident was witnessed where Langata Member of parliament Nixon Korir was teargassed by the police who were trying to calm the situation by keeping the MP away from the polling station in London Ward Nakuru, despite him being a United Democratic Alliance Party {UDA} Urgent.