How Domestic Violence Affect Teenagers and Children Growth and Development

Domestic violence cases have increased in the community, resulting in death in some instances. 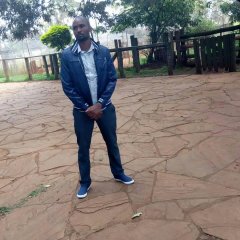 Domestic violence cases have increased in the community, resulting in death in some instances.

The economic conditions make it difficult for many individuals, both in the urban centers and local communities, to satisfy the increasing life demands.

The inability to finance welfare development targets has led to increased quarrels and fights between spouses.

Domestic violence affects families in different ways, including hampering teenagers' and children's growth and development. It affects children and teenagers in diverse ways, such as long-term mental and physical health problems.

In some scenarios, when wrangles erupt at home, teenage boys attempt to separate the fighting parents and succumb to injury.

Additionally, the inability to stop parents’ quarrels causes emotional torture in teenagers and children. The emotional breakdown has led to the increased teenage pregnancy witnessed in society currently.

Research also reveals that children and teenagers, who experience or witness domestic violence have a high likelihood of indulging in negative behavior in the future.

Besides, some teenagers lose the capability to feel empathy for other community members, which affects interactions and interrelationships.

let me teach you how to embrace her? she will glue to you.

Say No to Self-Sabotage