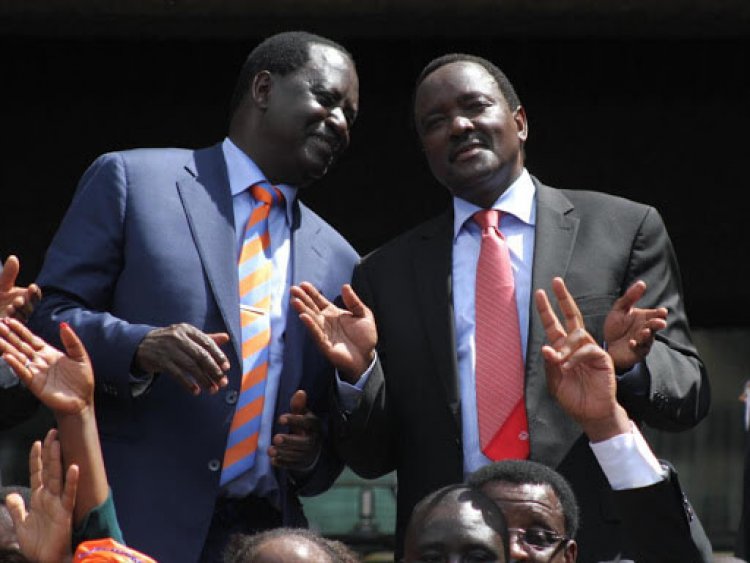 Speaking in Machakos, the wiper party leader said he doesn’t want anyone’s endorsement while threatening to “expose” to expose the former Prime Minister if he continues to provoke him.

“If he continues, we’ll expose him. I am telling Kenyans that I don’t need anybody’s endorsement. I only need God to endorse me,” he said.

Earlier on, ODM leader Raila Odinga had said he is not going to endorse his former National Super Alliance (Nasa) partners as they abandoned him at his hours of need.

“There were leaders who stood with me when I was campaigning until we got to the ballot. They, however, retracted when I decided to be sworn-in. I was looking around for them but none could be found. Why do they need me now when they ran away at the time I wanted them the most? I will not pass the baton to anyone,” Mr. Odinga said in Dholuo at a funeral at Ratanga in Ndhiwa Constituency.

According to Kalonzo, he had informed the former Prime Minister that he won’t attend the swearing-in and advised him to seek dialogue with President Uhuru instead.

“I don’t believe in these political debts. I did what I did to make this country better. As a senior counsel, how would I have participated in a mock, illegal, and unconstitutional oath? I would have disqualified myself,” said Kalonzo.

6 Feared Dead After a Nigerian Military Chopper Crash in Abuja