“I was Locked Out of the State Officials Meeting,” Says DP Ruto

The conflict between the President and his Deputy reached a notch higher yesterday when the latter claimed he was locked out of the meeting with top State Officials. 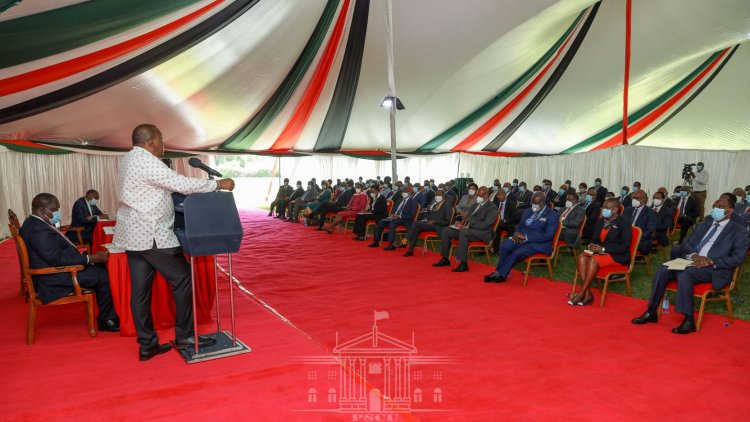 The President called for a state official meeting which involved all the Cabinet Secretaries, the Cabinet Administrative Secretaries, and the Principal Secretaries where he demanded the completion of key government projects.

President Uhuru’s term now has only 17 months remaining to the end of his final term in office.

Interior CS Fred Matiang’I who chairs the Cabinet committee is responsible for the implementation of government projects a role which should be led by the Deputy President.

The meeting comes barely days after the President told the DP to quit if he is not happy with what the administration is doing.

DP’s Director of communication said “As far as I know, the Deputy President was not invited. But let State House clarify.”

The crack between the two leaders is now evidenced with recent developments where the nominated leaders allied to the Deputy President are being expelled from the Jubilee Party.

Nyeri Businessman Detained Over Murder Of His Son

Senior Counsel Ngatia Speaks About His Qualifications For...