Activist Ida Odinga has finally unveiled the names of her preferred candidates for the Raila Odinga running mate position in the coming August 9 general election. 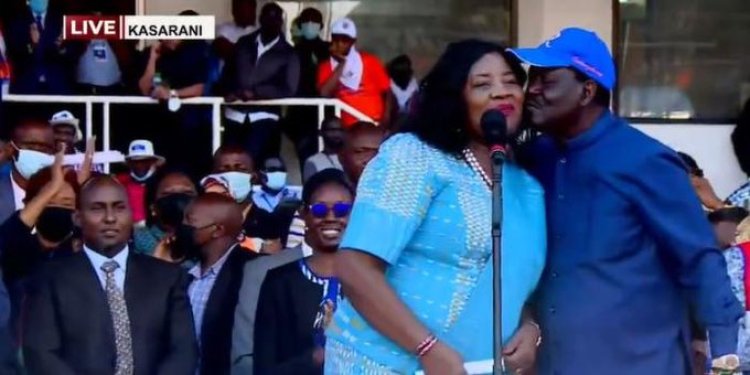 Speaking during the 70th-anniversary celebrations for Maendeleo Ya Wanawake Association (MYWA) on Thursday, May 12, 2022, Idah Odinga Odinga presented the list of her preferred candidates for the Azimio running mate race.

She requested One Kenya Coalition to consider a female running mate in order to strengthen Raila's support base.

According to Mama Ida, choosing a female running mate will not only bolster the camp's numbers but also rally women to back one of their own and eventually help Raila clinch the top seat.

She added that since 1990, she has always known both Martha Kaua and Sabina Chege as dynamic and knowledgeable persons.

Ida also assured that the three women will still remain key figures who will take up pivotal roles in transforming the country post-President Uhuru Kenyatta's era even if Azimio fails to pick one of them.

Ida is now appealing to the law enforcement officers to ensure the security of all the female aspirants during their campaigns.

Her endorsement comes just a day after the Azimio running mate selection panel submitted its final list of candidates recommended for the position of running mate to the former Prime Minister.