IG Surrender Call To Echesa Expires With Him Nowhere in Sight

Echesa is being sought by law enforcers after he was filmed assaulting a presiding officer who he accused of ordering eviction for the UDA party agents out of the polling centre. 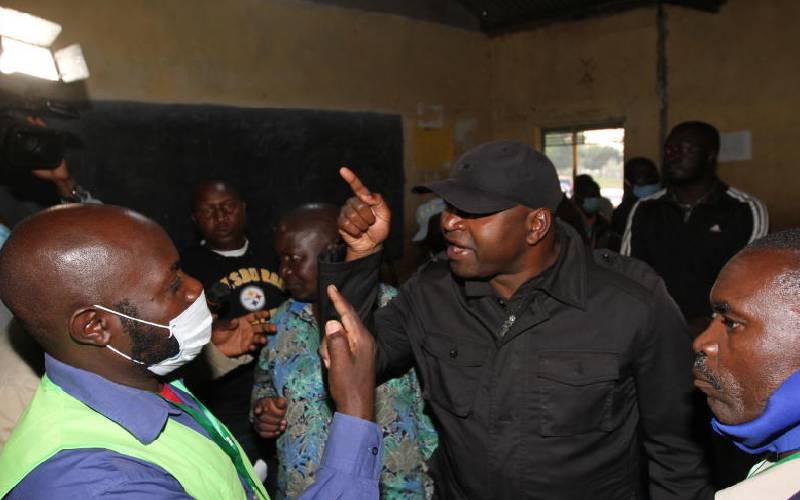 Echesa confronting an IEBC officer during the Matungu March 4 by-elections. [Photo/ The Standard]

The directive by the police Inspector General (IG) Hillary Mutyambai to have the ex-Sports CS Rashid Echesa surrendering to nearby law enforcers has elapsed.

Mutyambai on Thursday had called upon Echesa to ensure he obeys the order by 1.00 pm Friday (today) before the surrender call ends at 3.00 pm.

However, until now the suspect remains at large, with efforts to nab him ongoing. Echesa went missing on Thursday after he was filmed slapping a presiding officer in the just-concluded Matungu by-elections.

Law enforcers on Thursday evening stormed Echesa's home in Mumias, hoping to find him but to no avail.