Inequality and how it is perceived by the public contributes significantly to the curse of inequality. Among the major causes of inequality globally is the language used in interaction. But importantly, those who are comfortably within the organization, to whom inequality benefits are less likely to notice this since they are not affected. 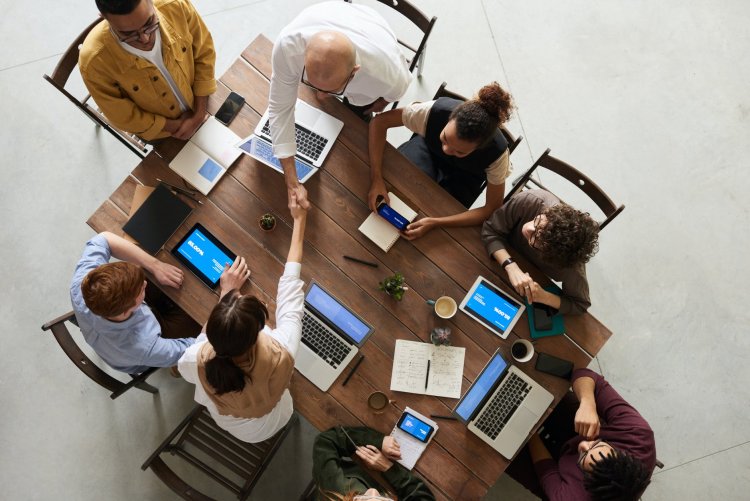 Inequality and how it is perceived by the public contribute significantly to the curse of inequality. Among the major causes of inequality globally is the language used in interaction. But most importantly, those who are comfortable within the organization, to whom inequality benefits are less likely to notice this since they are not affected. But is it important to note that the people in leadership or privileged positions should be the ones to help the less privileged? They can play a big role in reducing gender inequalities by putting in place mechanisms to drive change. It is not uncommon to find out that women are discriminated against and get paid less almost in all sectors. One of the ways to reduce these inequalities is through the language spoken within and without the organization.

The domination of men in all spheres of life triggered an assumption that most jobs are for men and they were even titled within the masculine ethos. For instance, words like policeman, fireman, chairman, entrenched the invincibility of men. However, the situation has changed calling for more gender-neutral options where the women can even imagine being in the shoes of such professions because these gender-specific words subordinate women further into lower bastions of society.

Gender-neutral language is the words in a language that does not identify any gender. Gender-specific words like chairman, fireman, among others position women as though they don’t belong. They are perceived as though they are quite invisible. These words with the man in them trumpet the invisibility of women in all respects and arguably, they are archaic. They were used in the contexts where women were absent by default because they were not allowed to work as firefighters or even be in senior positions in the organizational hierarchy. In as much as this has changed, the language is still being used today. This only establishes the fact that men are still in control.

The increasing awareness of the emancipation of women and the increasing number of women taking over the leadership position in different sectors and proving their abilities by increasing profits and turning over organizational performance positively has tilted the contours of thought. That woman can do just as men or even better calls for a neutral language in public places.

English language, until recently, had Mr. Mrs, and Miss but not Ms. This mirrored the women’s perceived social status as properties belonging to men perpetuated through the institution of marriage. The use of man to refer to both men and women-only puts into isolation the other important half of humanity and normalizes the term man but treats woman as an anomaly. The use of they instead of connotations like he, she, himself, herself, etc. that distract thought processes and establishes inclusivity. The unlearning of the gender-sensitive terms in our languages will greatly help in creating some form of cooperation and inclusivity between the genders instead of using words that pits men against women as though they are in some form of competition.

Within cultural orientations where the language is the main tool, stereotypic perspectives are still deeply rooted. Many farmers in developing countries are women and this has triggered the rise of such concepts as the feminization of poverty. Further, farming has for long been thought of as a man’s job yet the majority of those working on the farms are women. Glassdor.com defines gender-neutral language or equally gender-inclusive language as the process of speaking and writing in such a way as to be non-discriminatory against sex, or even gender identity. It is the avoidance of pronouns that are gender-specific.

To benefit from gender diversity, it is important to smash the stereotypical gender lens rather than reinforcing them. Changing the language that we have been socialized with is a normal move and challenges the basic assumptions of the superiority of men and its normalization. This indeed helps women to feel comfortable in spaces previously thought to be for men only.

Cultural socialization has a very powerful effect and thus, men and women are likely to apply for jobs with descriptions that orient towards their gender. The glaring gender gaps in the workplace are because the job descriptions lean towards males which sustains the bendy pay gap too. The gender-neutral wordings will reduce the stereotypes that are used to define and perceive women. Professions that have a paucity of women are likely to have more women applying if the advertisements are unbiased in terms of gender specifications.

In our normal interactions, we are fond of pelting words and phrases around without paying attention to their implicit meaning. Most of the expressions we use are always discriminatory in terms of gender and most often we know that they are hurting women more than men because they are masculine. The assumption that he must be tough, outgoing, dominating, superior which are given credence in terms like chairman, fireman, policeman, be a man, man up, etc. widens the gender gap that is the pillar of inequality.

Some gendered language is more offensive than others but is equally more sexist than others. The use of gender-neutral language does not mean guarding free speech or establishing rules but about castigating inherent assumptions. It concerns being attentive to the indicators of basic expectations bordering on sexism and giving it a serious thought as opposed to overlooking them. In instances when addressing a group of people, it is key to use pronouns that align with their gender identities.

The United Nation’s gender-sensitive communication holds that people must realize that imprudent words in most cases can be perceived as quite discriminatory, belittling, and even extremely biased despite the intentions. It is advised that to employ such words that are exclusionary like his or her about a group of people with a mix of gender utterly exclude those who are not male.

In instances when using gendered pronouns, take note, not to confuse the public by using he in one paragraph or sentence and she in the next one. Here, it is prudent to avoid these pronouns through a sentence of paragraph rewording. Besides, referring to women through their marital positions is equally not proper. The inception of Ms. in the 1940s was meant to substitute Mrs. And has been universally accepted. In the same way, referring to women as someone’s wife as opposed to calling them as people in their respect is not a good gesture. It is prudent to shun referring to women as a wife, widow, or even mother unless when necessary.

The notions of femininity and masculinity are convoluted variables with significant effects on the social roles and the attendant interrelationships. Society has been socialized to believe that boys should be domineering, tough, and quite self-reliant, and girls should be empathetic, and supportive all the time. It is good to note that these norms that put restrictions on women are culturally designed but implemented by especially men. The influence of sexist language can be significant in society. Culture uses language to instill its rules on the people thus if the language is biased, the ordering role of culture will be bendy. These language inaccuracies are always every minute such that we tend not to notice them in a classic unconscious bias framework. It is important also to understand that language is not neutral or used unconsciously because it carries with it human assumptions, social orientations, as well as cultural presuppositions. This is the reason it is imperative to look at language carefully as it's used interactively within the social and political framework.