JSC has scheduled interviews for the position of the Chief Justice and a Supreme Court Judge to begin on Monday April 12 at the Supreme Court building. 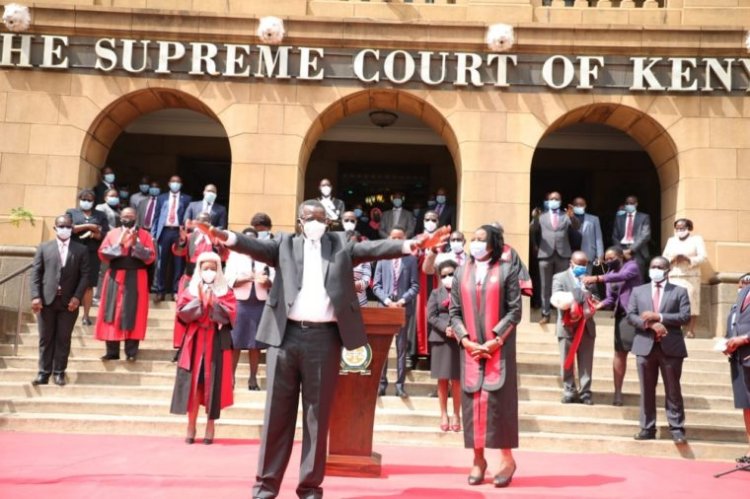 Judicial Service Commission, JSC, has slated interviews for the position of the third Chief Justice since the promulgation of the 2010 Constitution of Kenya; and after the retirement of chief justice David Maraga on January 12,2021.

The JSC received 13 applications for the position of Chief Justice and shortlisted 10 candidates who will be interviewed from April 12 to April 23, 2021 at the Supreme Court building.

The recruitment of Chief Justice is a matter of great public interest given the central role the Chief Justice plays and its impact on administration of justice and the lives of ordinary Kenyans.

The Chief Justice is nominated by the JSC after a transparent and competitive recruitment process and is appointed by the President after vetting and approval by Parliament.

For one to be appointed to the position, JSC has laid down qualifications for the purposes of transparency and service to the nation;

The recruitment process began with the declaration of the vacancy through the Kenya Gazette on January 18, 2021 and a call for applications in the local dailies and online on January 20, 2021.

The JSC published the list of applicants, shortlisted candidates and invited the public to submit information of interest on the candidates.

The commission also engaged various internal and external stakeholders who were invited to share their perspectives on the recruitment and selection process.

Among those consulted are representatives of judges of the Supreme Court and other superior courts, judicial officers and staff, Parliament, the Executive, and county governments.

The JSC also consulted with the Kenya Editors’ Guild, the Law Society of Kenya, the Kenya Private Sector Alliance, academia and the Central Organization of Trade Unions. Civil society organizations that were engaged in this process include the International Commission of Jurists Kenya, FIDA Kenya, Kituo Cha Sheria and Pamoja Trust.

The JSC has also held consultative sessions with faith-based organizations such as the Supreme Council of Kenya Muslims, Kenya Council of Church Alliances and Ministries, Evangelical Alliance of Kenya, the Anglican Church of Kenya, the Catholic Church and the Seventh Day Adventist church.

To ensure compliance with Chapter Six of the Constitution, the JSC invited various agencies with a vetting role to submit information on the suitability of the shortlisted candidates.

In accordance with the Judicial Service Act, the JSC will nominate the successful candidates and notify the public within a cumulative 14-day period following the conclusion of the interviews.

The commission will also be recruiting a supreme court judge to fill a position which arose in February 2020.

Judges of the Supreme Court are recruited without the requirement of parliamentary vetting and approval.

All nine applicants for the position of Judge of the Supreme Court will be interviewed from April 26-30, 2021.

Is Covid-19 A Curse? A University Student Looses His Parents...