Is the National Assembly Speaker Justin Muturi Being Prepared to Deputize Ruto?

The National Assembly Speaker Justin Muturi who was recently coroneted as the official Mt. Kenya spokesman declared his interest to run for the presidential seat. 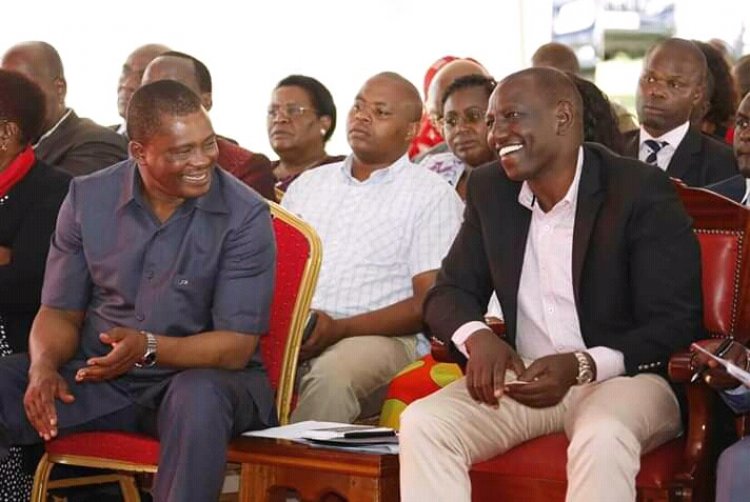 However, with the recent occurrences, political analysts now feel that Muturi is being prepared to deputize Ruto in the 2022 presidential election.

During the burial of two Kianjokoma brothers, Emmanuel and Benson, Speaker Justin Muturi read Ruto’s message of condolence to the family despite the Deputy President’s close allies being present at the burial.

This raised speculation on whether Muturi is planning to join the so-called hustler nation associated with Deputy President William Ruto.

In what seemed like a direct attack on President Uhuru Kenyatta’s administration, National Assembly Speaker Justin Muturi criticized the police and the Interior ministry over Embu’s brother’s killing.

While consoling with the family, Muturi noted that the country needed some order to avoid such death that the two brothers encountered.

‘I once again expressed my deepest sympathies to the family following this tragic loss. As we continue to demand justice for the slain young people, I call upon all the security organs concerned to expeditiously conclude their investigations and bring all those culpable to book,” Muturi said.

The burial service for the late Embu brothers, Benson Njiru and Emmanuel Muturi, who died after being arrested by the police for allegedly breaking curfew rules, was held at Kianjokoma Primary School and were later laid to rest at their father’s farm in Kithangari Kianjokoma in Embu North.

I also presented a condolence message from H.E. @WilliamsRuto , expressing his solidarity with the bereaved family.

As a nation, we're repulsed by the heinous act that led to this tragedy, and demand that police officers treat their fellow citizens humanely and with dignity. pic.twitter.com/Vb39CZopT7

Trouble has rocked into the Paradise. This is after celebrated online ‘couples’...