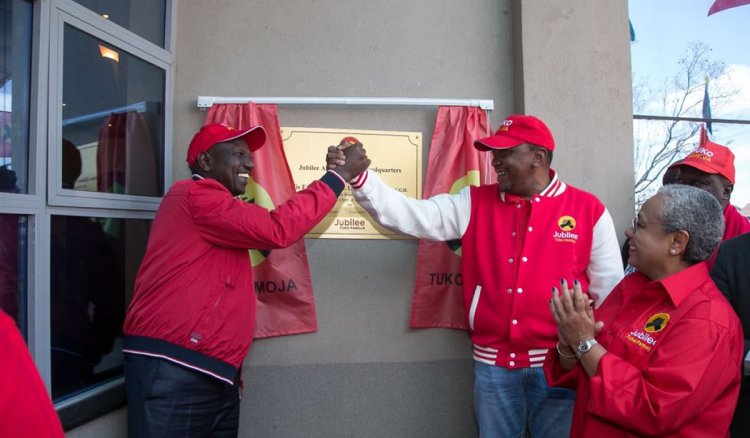 The National Management Committee (NMC) made a bold step to remove DP Ruto as Jubilee’s Deputy Party Leader and forwarded the decision to the National Executive Council (NEC) chaired by President Uhuru Kenyatta.

Leaders allied to President Uhuru Kenyatta in Jubilee Party accused Ruto of sabotaging and faulted his association with the United Democratic Alliance (UDA) Party which is an affiliate of Jubilee.

In a statement yesterday by the Jubilee Secretary General Raphael Tuju he said, the NMC resolved to fire Deputy President as The Deputy Party Leader after his recent actions of sabotaging the Party.

Tuju said, “The NMC discussed the matter and resolved to remove the DP as per the party constitution. The matter is active; we have the recommendations of NMC and now only waiting for the party leader to convene an NEC meeting to deliberate on the matter.”

The relationship between the President and his Deputy has continued to deteriorate in recent months with Uhuru accusing his Deputy of early campaigns towards the 2022 Presidential elections and ambivalence towards the Building Bridges Initiative (BBI).

Ruto’s fate now remains with President Uhuru who is the chair of the National Executive Council (NEC) who will decide whether to fire Ruto as the Jubilee Party’s Deputy Party Leader.

Alert Ladies! Here are Tips for Getting Pregnant Faster