The search for Kenya`s Chief Justice enters day six Monday with Justice Nduma Nderi being interviewed for the position of Chief Justice at the Supreme court buildings. 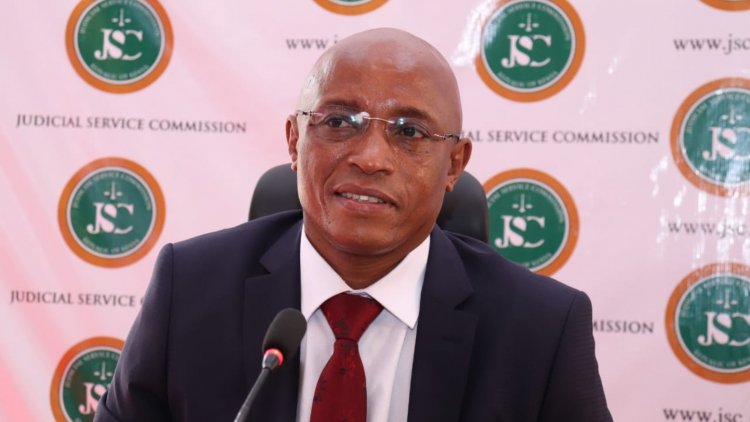 Justice Mathews Nderi who is Employment and Labour Relations Court Judge is being interviewed by the Judicial Service Commission for the position of Chief Justice at the Supreme Court.

Justice Nderi started his career by being admitted as an Advocate of the High Court in 1988 and holds a Bachelor's Law degree from the University of Nairobi and a Master of Law degree in International Trade Law from Stellenbosch University in South Africa.

When he was admitted at the bar, he worked as a legal assistant in a company before starting his firm in 1989. He has 31 years of experience in legal practice having only practised as an advocate in Kenya for five years after graduating before moving to Switzerland in 1992 where he was appointed a crown counsel in the government`s prosecution office.

He was promoted in 1997 to senior counsel in Swaziland`s Attorney General Chambers before being appointed as Judge President of the Industrial Court of Swaziland where he served from 1998 to 2006.

He returned to Kenya in 2006 and briefly served as the head of legal and industrial affairs at the Federation of Kenya Employers for one year. The next Chief Justice is set to replace Justice Maraga and will be Kenya`s 15 and third under the 2010 constitution.

Uhuru: I am The Best President Kenya Has Ever Had