ODM has since been asked to concede defeat after its candidate lost in the battle to grab the Kabuchai seat that fell vacant after its previous holder died. 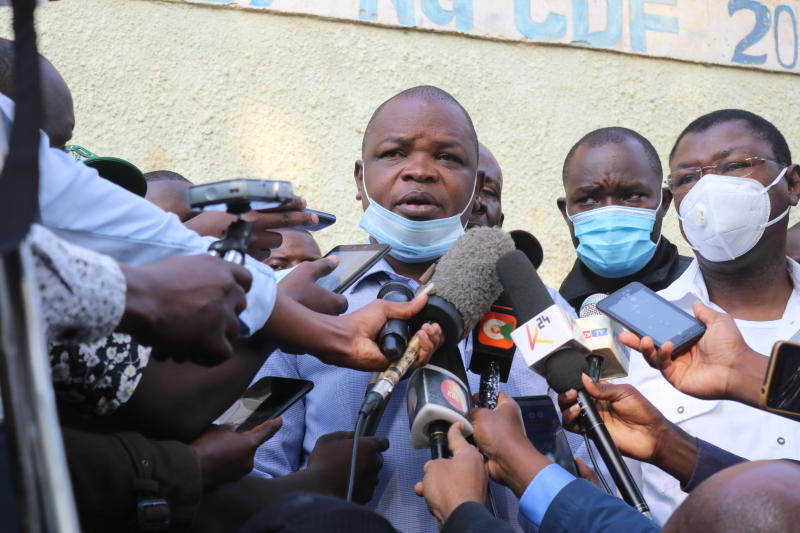 The newly elected national assembly representative Majimbo Kalasinga has officially taken over as the Kabuchai MP.

Majimbo was sworn in on Tuesday afternoon, where he was given an Oath of office in an event presided over by the National Assembly Speaker Justin Muturi.

Majimbo was recently elected in the hotly-contested Kabuchai by-elections conducted on Thursday last week. He was riding on a Ford-Kenya ticket, where he emerged the winner out of the eight contestants.

Although the electoral body IEBC lamented a low voter turnout which was 51.68% and whereby 29,798 votes were cast. Out of the total votes, 320 were spoilt.

Kabuchai was reportedly among the regions rocked by violence during the just-concluded by-elections.

Police Respond To A Clip Of A Woman Yelling For Help Inside...