The sentence was awarded by Nairobi Chief Magistrate Thomas Nyioki who found the Nairobi MCA guilty of the offense "beyond a reasonable doubt".

Karen Ward MCA David Mberia has lost his seat and will face a three-year jail term or be fined Ksh700,000 for allegedly taking a Ksh1.7million bribe from a private school owner.

The sentence was awarded by Nairobi Chief Magistrate Thomas Nyioki who found the Nairobi MCA guilty of the offense "beyond a reasonable doubt".

Mberia and his co-accused MCAs- Jared Okode (Mathare) and Abraham Mwangi (Woodley), also acquitted, were accused of soliciting and receiving the money from a private school owner, Maina Kiragu, to help solve a land dispute. 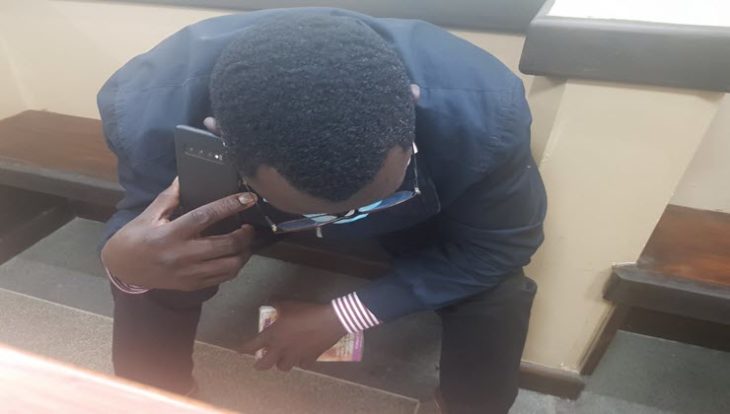 On conviction of Mberia, the magistrate added that the charge of asking for a bribe which was expressed in sheng was proved through the testimony from an investigating officer.

“The word was used in a clever way to request for a bribe of mita moja,” ruled Nyioki.

The court also ascertained that Mberia was in contact with the money.

The legal consequences of being found guilty of the crime of bribery offenses are dire, with a conviction under the Kenya Bribery Act, 2016 attracting a fine not exceeding Ksh5million or imprisonment for a term not exceeding 10 years or both.

Under Kenya Constitution 2010, the ward representative's sentence to three years in jail, which is more than six months in prison was enough to see him lose his seat under Article 193 (2) (f).

The MCAs were accused of demanding Ksh1million from Kiragu to influence the outcome of an inquiry carried out by the Culture and Social Services Committee of the Nairobi County Assembly.

Okode and Mwangi were accused of asking for Ksh200,000 each from the complainant through corrupt means so as to influence the same investigations.

The inquiry was acted upon with regards to the ownership of the land on which Kiragu Waichahi School is located in Pumwani Ward, Eastleigh in Kamukunji Constituency.