Oguna on Friday, February 12, released a statement following reports by a local media house that quoted the official directing youth to leave the program as the government had no money to keep it afloat.

Government Spokesperson Cyrus Oguna has responded to claims that the government would scrap the Kazi Mtaani initiative that would result in thousands of youth under the program losing their jobs.

Oguna on Friday, February 12, released a statement following reports by a local media house that quoted the official directing youth to leave the program as the government had no money to keep it afloat.

The alleged statement which the spokesperson has come out to dismiss sparked backlash from a number of Kenyans online who blasted the government for removing itself from the situation for many Kenyans in the grassroots. 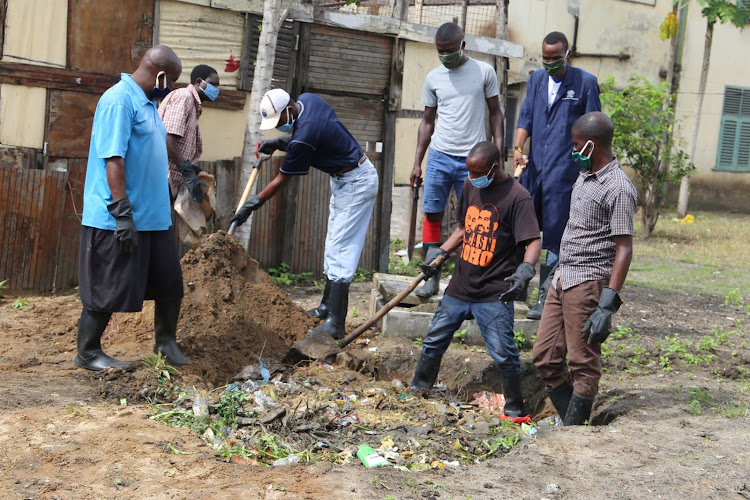 "The youth being the most energetic and creative members of our society, they were challenged to exploit this potential to help build the economy. At no time was there any mention that the government has no money to continue with the Kazi Mtaani program.

"We wish to state that this statement is false and misleading. We urge all media houses to refrain from misinforming the public on matters that affect their lives," he highlighted.

The program worth Ksh10 billion was formulated as a response with two main objectives. Offering employment to the youth to cushion them from the effects of the COVID-19 pandemic as well as improving health and sanitation in informal settlements.

Earlier in January 2021, the government agreed, amidst intense pressure, to extend the Kazi Mtaani jobs program that currently employs at least 270,000 young Kenyans across the 47 counties.

The State Department for Housing and Urban Development announced that the program would proceed until March 4, 2021. With the extension, youth working under the Cohort ‘A’ were directed to resume work on February 3, 2021.

During a community engagement forum in Kaptembwa, Nakuru County, Oguna on February 12, advised residents to take up opportunities in government to improve themselves.

Oguna further warned the youth against being incited into negative politics by receiving handouts or other favors that would lead to them hurting their conduct.

I Don't Know the Next President, But I Know Who Won't Be,...