As a younger, more vocal generation asks for greater inclusivity and originality in apparel designs, an increasing number of Kenyan firms are embracing genderless fashion 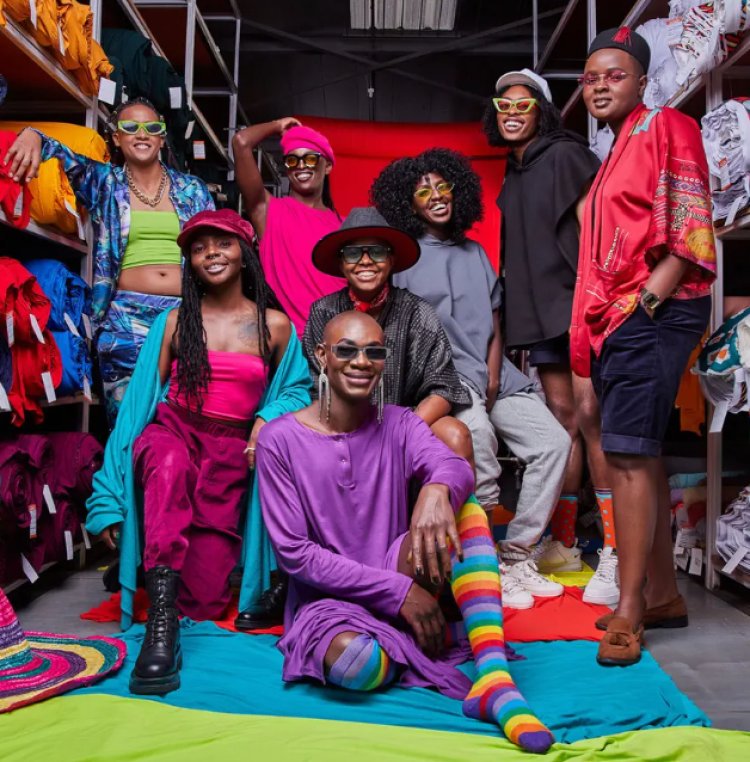 Fashion has to be more welcoming, according to the CEO of queer storytelling platform Bold Network Africa and LGBTQ+ campaigner Chris "Makena" Njeri Muriithi. Muriithi, a non-binary person, claims that for the longest time, she had to go to the men's aisle only to buy a shirt. In Kenyan comedy, dressing in a way that is not specific to one gender often results in harsh criticism.

Because of the way I used to dress, which did not follow what society has established as the standard, I experienced bullying on social media, claims Muriithi. People must be free to be who they are without fear, according to Muriithi.

The CEO of Vivo, Wandia Gichuru, claims that the clothes on the market "assume a very binary reality." She claims that many companies are reluctant to support gender and sexual inclusion for fear of losing customers. She continues, "but circumstances are changing, and corporations may take a greater risk."

Since a number of well-known Kenyans came out publicly during the past several years, the LGBT community in Kenya has become more prominent. Celebrities that wear crop tops, low V-necks, bare backs, and bodysuits defy established gender roles including Willis Chimano of the Afropop band Sauti Sol. Jayson Wamae, a well-known lifestyle YouTuber, celebrates fashion flexibility by wearing anything from neck scarves to sheer blouses and silk jumpsuits.

However, systematic violence and discrimination against LGBTQ+ individuals exist in Kenya, and the threat level for gender non-conforming people is higher. A 25-year-old non-binary lesbian was allegedly killed in a hate crime in April. A 50-year-old intersex victim was raped and murdered the following month. The National Gay and Lesbian Human Rights Commission's statistics imply that these are not one-off occurrences.

Despite the constant hostility Laurence endures, he continues to grow out his hair, don eyeliner, and wear mesh vests. It serves as a tribute to the youngster he recounts as being in his younger years. "Growing up in Nairobi, I didn't see many people like me, so I want to be that person for others," Laurence says.

"Genderless fashion isn't always put in the context of other people who aren't cisgender," says Johnstone, a non-binary fashion designer, who has been chastised for her appearance. "It's much easier for a woman to dress like a man than it is for a transgender woman," she says. "The police are unaware of gender fluidity in fashion."

Such lines have been chastised around the world for failing to accommodate trans people in terms of fit and function.

Kenya's new president, William Ruto, has previously made homophobic statements, saying that there is "no room for homosexuality" in a "God-fearing nation," and outgoing president Uhuru Kenyatta, while considered more tolerant, labeled LGBTQ+ issues a "non-issue" in 2015.

Woman Sentence to 18 Months in Prison for Faking Own Kidnapping