Kenyans Praise Detective Jane Mugo After She did This {VIDEO}

Kenyans on Twitter could not hide their impressions and satisfaction to praise the renowned Detective Jane Mugo after she saved the life of a dying pregnant woman who was stuck on Thika Superhighway Triffic amid curfew hours.

According to a video that has been trending online, the detective is seen singlehandedly confronting a couple of police officers urging them to open the roadblock to save a sick woman.

On the other hand, the detective is also heard looking for the OCPD who is said to have been in charge of the roadblocks placed on different roads along the named Nairobi Highway.
HoweverJne Mugo`s act of confidence attributed to commotions amidst her and another police officer who confronted her of ordering other police officers as if she was the boss. 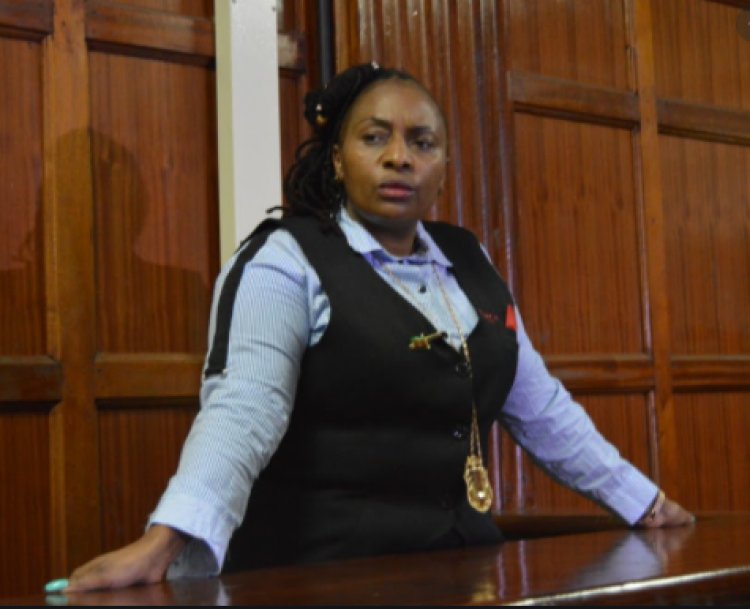 Luckily the sick woman was rushed to the hospital an ambulance made its way through after the defiant detective echoed it and threatened to report the police officers to president Uhuru Kenyatta.

Pauline Njeri - I don't want to imagine what would have happened if the woman didn't get the help she got at the right time.

Jane Chumba - Well this is one of the most beautiful things I've seen in a long time.

Ken Kaka - Congratulations Mrs, at least you used your influence to help others and not make way for yourself.

Grace Keziah - Women power I had thought you were just bragging but I can see that you're a queen in the streets.

Nairobi Passengers Expresses their Disappointments Over...

Why Omondi Timon Is Trending